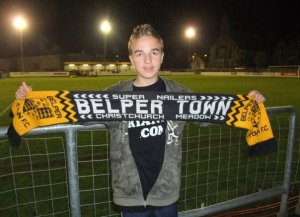 On Tuesday 13th October 2009 I went to Belper Town’s Christchurch Meadow to watch them play the oldest football club in the world, Sheffield FC. This was in the first round of the Presidents Cup

Belper is a small town in Derbyshire. The club Belper Town (aka ‘The Nailers’ because of Belper’s famous nail making industry) were founded in 1883 and play at Christchurch Meadow. The ground currently has a capacity of  2400 of which 500 are seated. The record attendance for a Belper Town home match is 3,600 who turned up to see them play Ilkeston Town in 1951.

We arrived at the ground early enough to get plenty of photos and have a drink. The clubhouse seemed quite new and was very large. The ground itself was very nice, with an all seated stand running down one side of the ground and a standing area running half way along the opposite side. Behind one of the goals was a large grassy area where cars could park.

The game kicked off at 7.45pm infront of a crowd of 135 as both Belper Town and Sheffield began their campaign’s in the Presidents Cup, a knockout competition for all the teams in Unibond North and South.

Belper’s Asa Ingall gave them the lead on the 17th minute when he headed home a cross from Lee Stevenson. Just 4 minutes later it was 2-0 when Lee Stevenson scored from the penalty spot after Ben Walker had been brought down in the area.

Sheffield had shown little attacking threat in the first part of the match and their goalkeeper looked very shaky being unable to hold on to most of the shots fired at him. Belper continued to have chances but Sheffield pulled a goal back on the 40th minute after a shot hit the crossbar Jordan Eagers put the rebound away.

The home side’s second half couldn’t have got off to a worse start when they conceded a penalty almost staight away. Jordan Eagers scored his second of the night by scoring the penalty.

We seem to have a habit of seeing late drama at football matches recently and today was no different. The late drama started when Sheffield took a 3-2 lead with a bizarre goal that seemed to get scrambled into the net. At this point we thought Belper had thrown the game away from 2-0 to go behind 2-3 however with seconds to go Belper Town took the game to extra time Ollie Warren smashed the ball into the bottom corner from about 10 yards out.

There was few chances in extra time with both teams looking tired the game went to a penalty shoout out. 2 weeks previous to this game I hadn’t seen any penalty shoot out’s in real life and now I had seen two in two weeks!

We stood directly behind the goal for the penalty shoot out. Belper Town scored three of their four penalties with Tom Naylor, Richard Adams and Aaron Pride scoring while Sheffield only managing to score one so Belper Town took their place in the second round.

The match at the Belper Town was an absolute classic and in my last three football matches I have seen 19 goals and two penalty shoot outs! Also I thought the ground was one of the best Unibond grounds we had visited.

See below for photos: 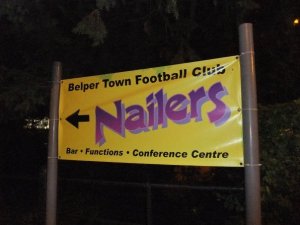 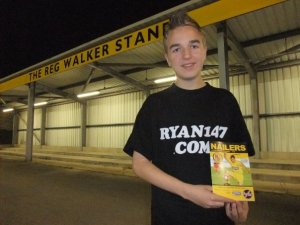 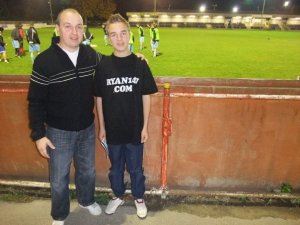 The Watterson’s at Belper Town 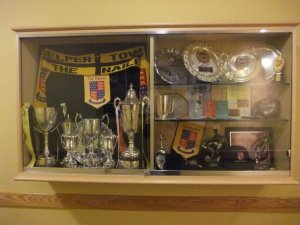 The trophy cabinet in the clubhouse 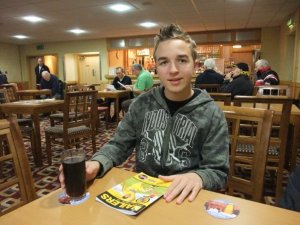 A pre match drink in the Belper Town clubhouse

The players line up before the game 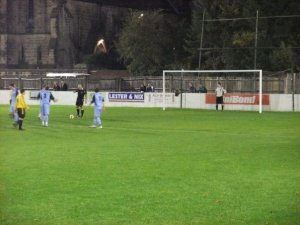 Belper take a 2-0 lead from the spot 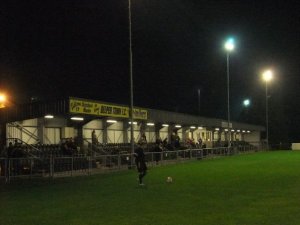 Another view of the seated stand 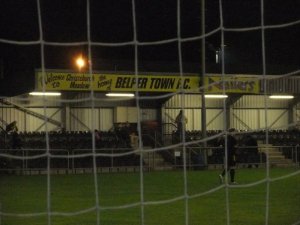 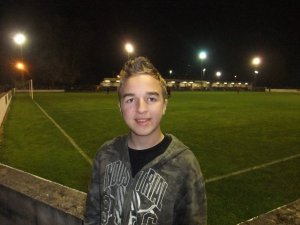 I hold up a Belper Town scarf

A great save from the Belper keeper in the shootout 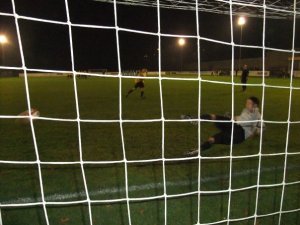 Belper Town score the winning penalty to send them through to round 2.