On Saturday 22nd October I was at the B2Net Stadium to watch Chesterfield play Hartlepool United in League 1.

Hartlepool travelled to the B2Net Stadium for the first ever time without their star man Nolberto Solano. I was a little disappointed as I wanted to get a picture with the former Newcastle United and Peru player, but football wise it gave the Spireites even more hope of getting back to winning ways.

I arrived to the ground just as the Hartlepool players coach arrived, and I got pictures with Pools players Nathan Luscombe, Adam Boyd, Stephen Wright, Neil Austin and Andy Rafferty.

After a short time we entered through the turnstiles and took our seat in the ground. With half an hour to go the ground felt worryingly empty, but it filled up and by the time kick off arrived the attendance was 5,937.

The original Chesterfield line up saw Tommy Lee return as goalkeeper but after pulling up in the warm up, reserve keeper Greg Fleming was once again starting for the Spireites. This was disappointing as Lee is an excellent goalkeeper and had been ever-present for Chesterfield until his injury earlier in the season.

Despite this pre match setback, Chesterfield took the lead after just 10 minutes through Leon Clarke, who scored his 50th football league goal. Danny Whitaker’s low cross looked set for Alex Mendy, but his dummy allowed the ball to find Clarke on the edge of the area and his shot beat Scott Flinders in the Hartlepool net to make it 1-0 to the home side.

Hartlepool quickly levelled the game on the 17th minute when Fleming came well off his line to palm away a cross in to a group of players, only for the ball to meet the head of Paul Murray whose header bounced in to the empty net.

Things went from bad to worse for Chesterfield as they fell behind just moments later. Jonathon Grounds gave away possession in his own half and James Poole fired the ball in to the net to give Pool the lead with an excellent goal. The Spireites had gone from 1-0 ahead to 2-1 behind in a matter of minutes.

With neither side playing particularly well, the rest of the half was fairly uneventful. Hartlepool had a hopeful effort from the centre circle tipped over the bar while Mendy’s deflected shot was well saved by Flinders, but that was as close as the sides came to scoring again.

Almost as soon as the second half had got underway, the Spireites had conceded once again. Poole rose highest to head the ball in to net and score his second goal of the game to put Hartlepool 3-1 ahead.

Dean Holden gave Chesterfield a lifeline on the 52nd minute when he fired the ball home from close range after a scramble in the box and suddenly the game was back on.

However, despite pulling the goal back and being just one down again, there was a real lack of urgency from Chesterfield and the Hartlepool defence never really looked threatened.

Unfortunately, a minority of Hartlepool fans had to resort to their own time wasting tactics by refusing to give the ball back to allow the game to get back underway, but the stewards quickly dealt with this and the game was allowed to continue.

It wasn’t until the last few minutes that Chesterfield began pushing for an equaliser. A few crosses in to dangerous area’s looked threatening, and Clarke even had a late goal disallowed for offside, but as the final whistle blew it was another loss for the Spireites.

After the game I got photos with Hartlepool players Peter Hartley, Colin Nish, James Brown, Paul Murray, Sam Collins, Andy Monkhouse, Scott Flinders, and double goalscorer James Poole. I also had a picture with manager Mick Wadsworth, who has took charge of everyone from St Kitts and Nevis to DR Congo to Gretna during his managerial career!

5 consecutive defeats leave Chesterfield 3rd bottom of the League 1 table and it looks like there may be worrying times ahead for the Spireites. I have to be honest this is not what I anticipated life in League 1 to be like for Chesterfield at the start of the season.

Hartlepool are the next visitors to the B2Net Stadium

I look towards the B2Net Stadium 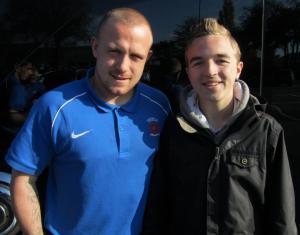 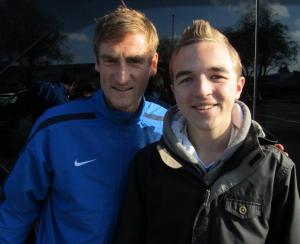 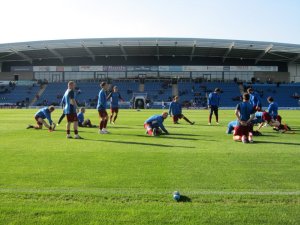 The Hartlepool players warm up 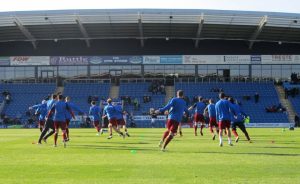 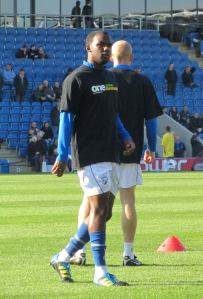 Leon Clarke, this seasons top scorer for Chesterfield so far

Chester gives us a wave 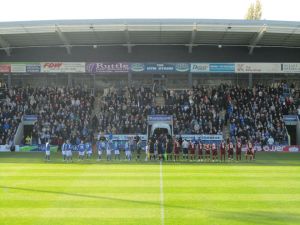 A final warm up before kick off for Hartlepool 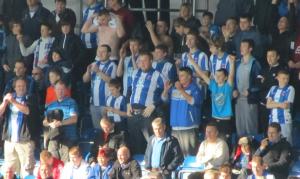 Its another sunny October day in Chesterfield

Chesterfield reserves and injured players watch from the stands

The game gets underway 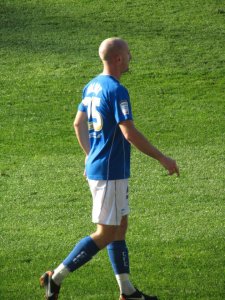 The Hartlepool players celebrate getting back on to level terms 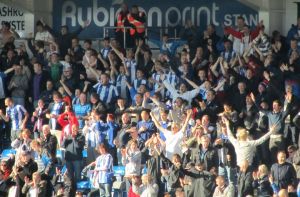 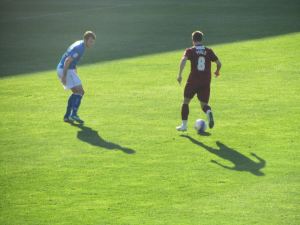 and he scores to make it 2-1 to Hartlepool 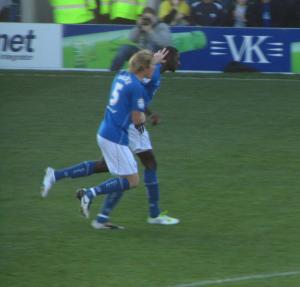 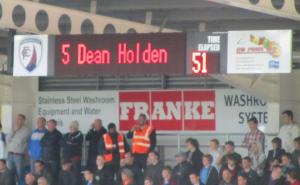 Dean Morgan comes on as a substitute

Chesterfield push for an equalisier late on

The final whistle blows and its another defeat for Chesterfield

The Hartlepool fans celebrate their victory

The Pool players celebrate a first win in 4 league games 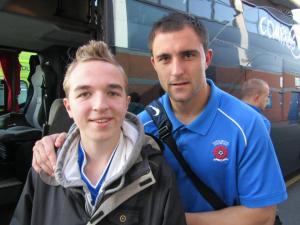 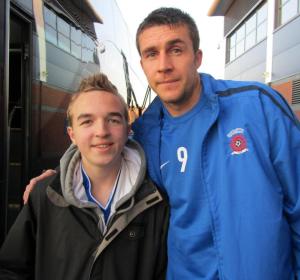 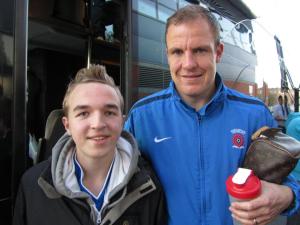 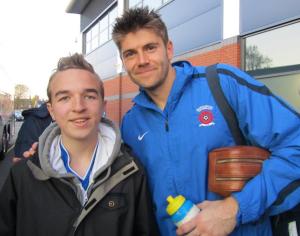 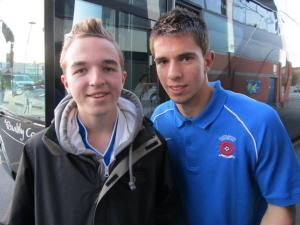