On Saturday 5th November I went to the B2Net Stadium to watch Chesterfield take on Yeovil Town.

Neither of these two sides had started the new season well, with both sitting in the relegation zones coming in to today’s game. The Spireites sat in 22nd place and had picked up just a single point from their last 7 games while today’s visitors Yeovil were at the bottom of the League 1 table. With the teams current positions this game was a real 6 pointer even this early on in the season.

For the second consecutive home game Chesterfield got off to the perfect start and took the lead in just the 4th minute courtesy of Jordan Bowery. A good cross was headed towards goal by top scorer Leon Clarke and after a good save, Bowery slotted home the rebound to score only his second league goal and put the Spireites ahead.

Chesterfield dominated the play for the first half and could have scored 4 or 5 but they failed to put the game to bed and Yeovil hit back on the counter attack to level the scores. Edward Upson played a through ball that cut open the Spireites’ defence and Gavin Massey calmly put the ball past Ole Soderberg to make it 1-1.

The home side continued to dominate in the first half but couldn’t regain the lead and the sides went in level at the break.
Chesterfield did retake the lead early in the second half when Clarke played a ball through to Bowery who outpaced the defender and then lobbed the Yeovil goalkeeper to give the Spireites the lead and score his first ever football league brace.

Bowery nearly completed his hat trick quickly after when he took the ball around the ‘keeper but he failed to score from such a tight angle.

Yeovil began to push for an equaliser as the second half headed towards a conclusion, but the Glovers never looked too threatening and Chesterfield’s first home win in over a month looked on the cards.

However, with 14 minutes to go Yeovil did get another equaliser. A clever free kick was played down the wing and the ball was driven dangerously in to the box and it hit Mark Allott and flew in to his own net levelling the scores for a second time.

Both sides went looking for a winner and the last moments of the game were end to end, but neither side found it and I certainly feel that it was 2 points lost for Chesterfield after they dominated for the majority of the match.

Both Chesterfield and Yeovil remained in the same positions they had began the day in, and a point isn’t really enough for either side as they push to get out of the relegation zone.

I will be back at the B2Net Stadium next week when Torquay United visit for the first round of the FA Cup, and then in 3 weeks time the Spireites face Sheffield United at home and I definitely won’t be missing that game!

Yeovil make their first visit to the B2Net Stadium today

My Dad Mark, me and my Dad's Cousin Marcus

Thumbs up from Chester! 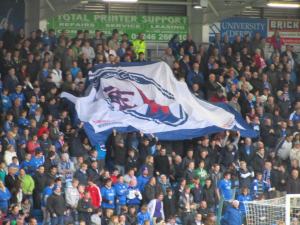 The flag on the Kop

Another flag at the back of the Kop 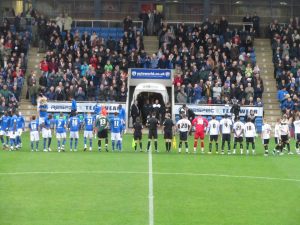 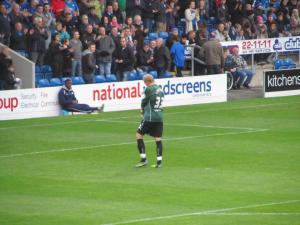 Ole Soderberg before kick off

The players prepare for kick off

The match photographs are taken

Craig Westcarr and Mark Allott get the game underway

Spot the spelling error on the scoreboard! 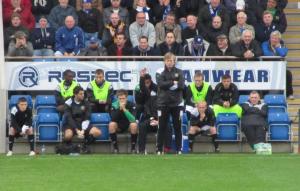 An early attack from Yeovil 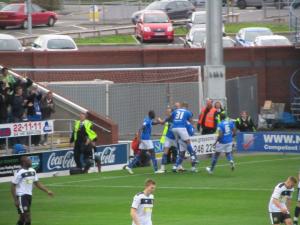 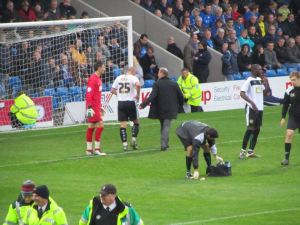 Purse gets back up after receiving treatment

The game is level at the end of the first half 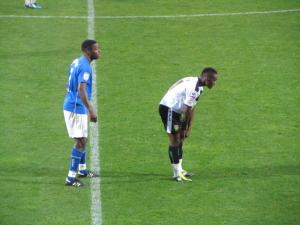 The Yeovil players celebrate another equaliser

The game is level again at 2-2 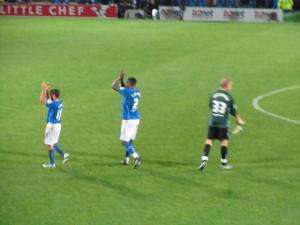 The Chesterfield players applaud the supporters

The Yeovil supporters applaud back 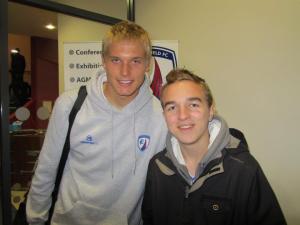 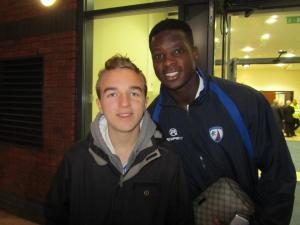 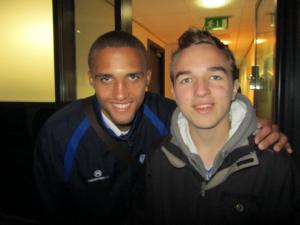 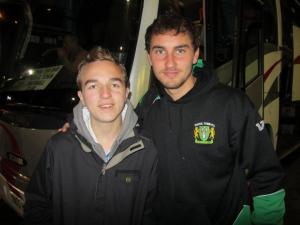 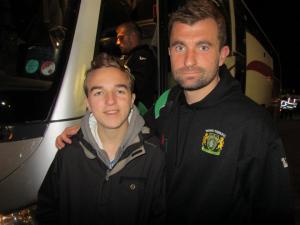 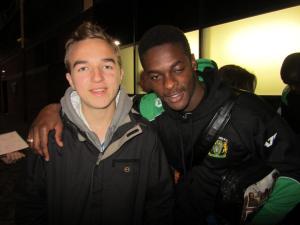 with Nathan Jones and Nathan Smith of Yeovil and Chesterfield