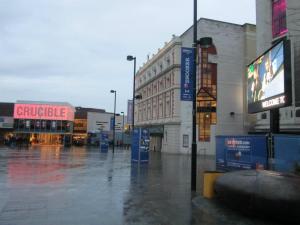 On Friday 27th April my Dad went down to the Crucible for a drink with some of the Snooker regulars and also a few of the referees. Then on Saturday 28th March we returned to have a wander around and chat to a few people we know. You can see the photos from day 7 and 8 of the World Championship below. 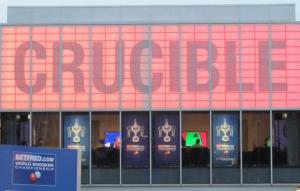 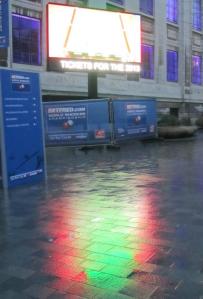 The screen reflects in the rain 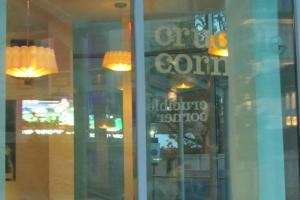 The big screen reflects off the window of Crucible Corner 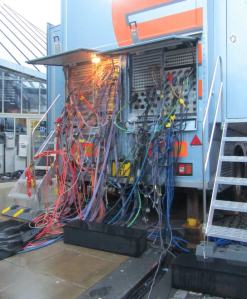 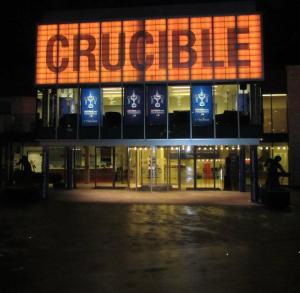 The entrance, later in the evening 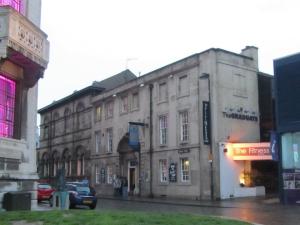 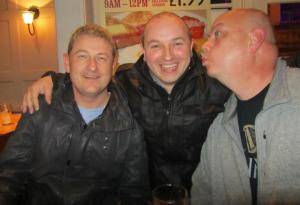 Brian, my Dad and Chris! 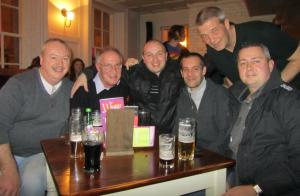 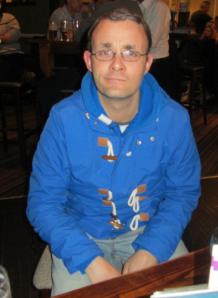 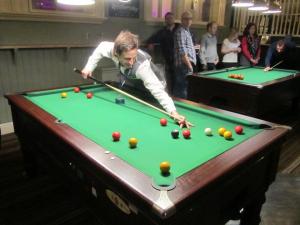 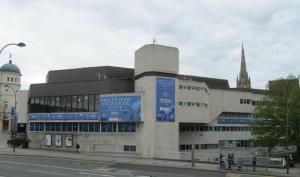 Back at the Crucible! 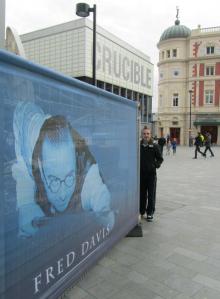 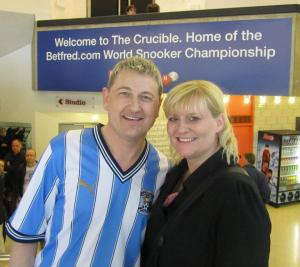 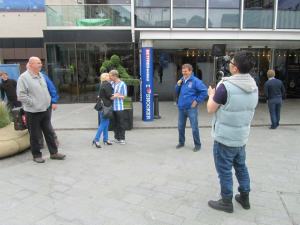 Brian and Lisa are filmed by Chinese TV 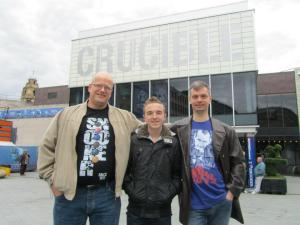 with Danish fans Carsten and Soren, who run the snookershirt website 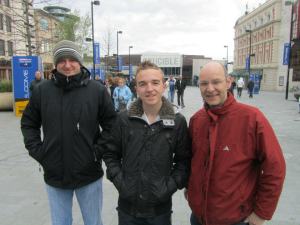 with Belgian snooker fan Gert and his friend 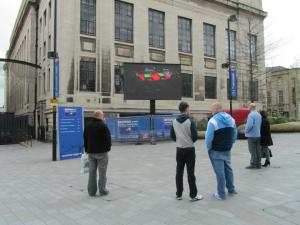 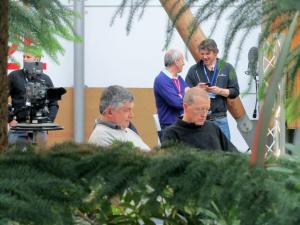 John Parrott and Steve Davis through the trees 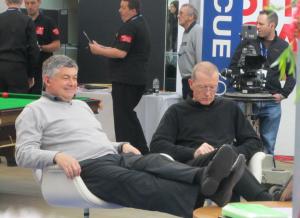 Parrott and Davis in the studio 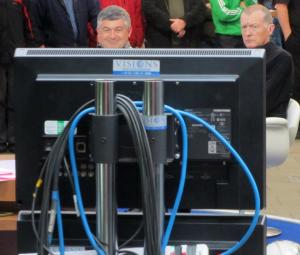 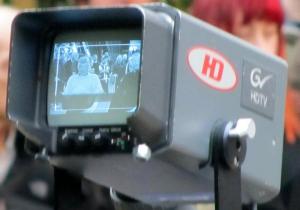 The camera films the studio 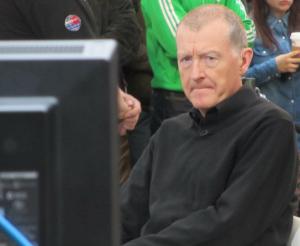