On Saturday 27th April 2013, I went to the Proact Stadium to watch Chesterfield play Exeter City and bid farewell to Spireites legend Jack Lester, who was taking part in his last ever competitive match.

Despite being a meaningless game in terms of league positions, with neither side longer able to make the play offs, this game was still a very special day for Chesterfield as it was Jack Lester’s final competitive match. After a 19 year and 640 game strong playing career, which has seen him play for Grimsby Town, Nottingham Forest, Sheffield United and finally Chesterfield, Lester announced that he would be hanging up his playing boots at the end of this campaign.

Lester will go down in history at Chesterfield FC and it was certainly an emotional day for many Spireites. Since joining the club in 2007, the 37 year old scored a total of 94 goals in a blue shirt including goals in the last game at Saltergate and first at the new stadium as well as an unforgettable hat trick against local rivals Rotherham United in the title-winning season. Lester also captained the Spireites at Wembley in the Johnstone’s Paint Trophy before being forced off through injury. In his six years in Chesterfield he has become a fan favourite and one of the all-time legends.

This was not just a final competitive appearance for Lester though, as referee Tony Bates was also calling it a day after 20 years as a league official. The second longest servant in the football league, Bates’ first game as an official was as a linesman at Chesterfield v Hereford United in 1993 and he returned to Chesterfield today for the last time before his retirement.

Jack Lester was named as Chesterfield captain for his swan song game as the manager made two changes, with Richard Brindley and the injured Tommy Lee replaced by Lester and Richard O’Donnell. Meanwhile, Exeter boss Paul Tisdale made three changes from the last game with Aaron Dawson, Anton Rodgers and Scot Bennett replacing Steve Tully, Tommy Doherty and Jamie Cureton

Alan Gow almost spoilt the script early on as he charged at the defence before curling an effort just wide of the target.

But on the 22nd minute the home side took the lead in superb fashion courtesy of a wonder strike from Jay O’Shea. The Irishman turned past a defender before unleashing an unstoppable shot in to the top corner.

Just eight minutes later the lead was doubled. Conor Townsend played the ball in and a glancing header from Marc Richards left the Grecians goalkeeper with no chance. As he celebrated in front of the Kop, Richards lifted his shirt to reveal the message “1 Jack Lester” – a lovely gesture which was greatly appreciated by the home supporters.

Exeter chances in the first half were few and far between as the Spireites dominated. Gow had another shot at goal but it was comfortably met by O’Donnell to keep the score at 2-0.

A fairytale moment then followed as Jack Lester won Chesterfield’s first penalty of the season after being brought down in the box. There was no doubt who the penalty taker would be and Lester calmly sent the goalkeeper the wrong way to make it 3-0. He was visibly elated as he ran off to celebrate and I am sure it will be a moment neither he nor the supporters will ever forget.

A couple of free kicks on the edge of area caused some worries for the Chesterfield defence and Exeter even had the ball in the net courtesy of a header from Scot Bennett but it was ruled out for offside. A second effort from Gow shortly after was palmed away by O’Donnell as he scrambled to meet it.

However, the visitors could take advantage and Lester scored again on the 59th minute to put the result beyond doubt. O’Shea went on a dangerous run before playing a neat ball through to the 37 year old, who slotted the ball home as he has done so many times before.

Paul Cook made a couple of substitutions with Danny Whitaker and Armand Gnanduillet replacing O’Shea and Richards. Then with 15 minutes to play, Lester’s number came up of the fourth official’s board. There was a fantastic ovation for a man who will go down in history as he left the field for the final time after six wonderful years with the Spireites.

Reserve goalkeeper O’Donnell was on top form with a couple of point-blank saves to keep his clean sheet and at the full time whistle emotions were high on what had been a magical day. The players walked around the pitch applauding the supporters before Jack did a lap of honour of his own. The players then created a guard of honour for him as he headed down the tunnel for the final time.

After the game I met Exeter’s Director of Football and former England International Steve Perryman and manager Paul Tisdale. I also got photos with Chesterfield’s Danny Whitaker, Sam Togwell and Marc Richards as well as Aston Villa striker Jordan Bowery.

Despite finishing in 8th position, one spot below the play offs, it had been a very memorable season finale and one that many supporters will not forget in a hurry. A 4-0 victory with a brace from Jack meant it was the perfect send off for probably my all time favourite Chesterfield player. Thanks for the memories, Jack!

It’s Lester day at the Proact! 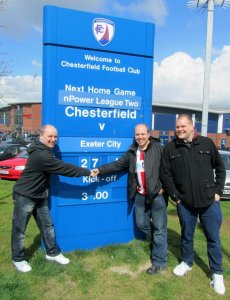 My Dad with Exeter fans Steve and Chris

Fans in the Kop

Jack Lester leads out the Spireites 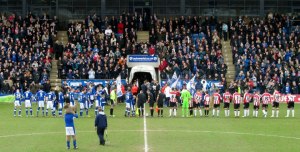 Jack Lester builds up to his final ever competitive game

The Exeter defence keep a close eye on Lester

Paul Cook watches from the touchline 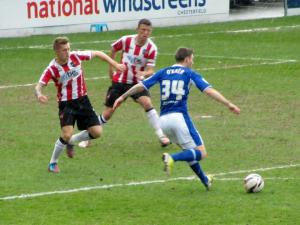 A special message and minute’s applause for Jack on the 14th minute, 14 being his shirt number at Chesterfield for the past 6 years

Jay O’Shea opens the scoring with a stunning strike 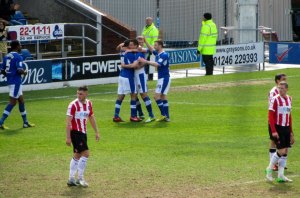 Richards unveils a shirt with the message “1 Jack Lester” 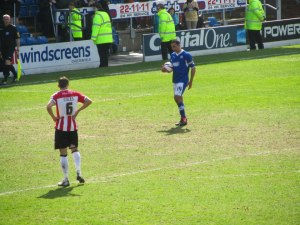 And scores from the spot with a cheeky chip

The fans go crazy as Lester scores in his final game 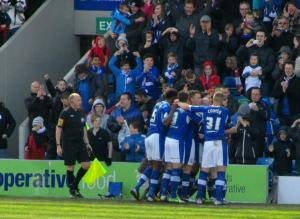 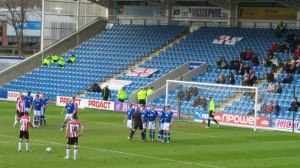 Exeter look to hit back

Richard O’Donnell is on top form 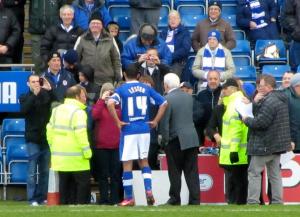 Jack thanks the supporters

The half time score 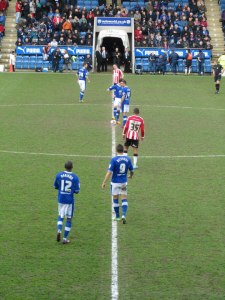 Lester bags his second and the Spireites’ fourth of the game

The players celebrate the fourth goal 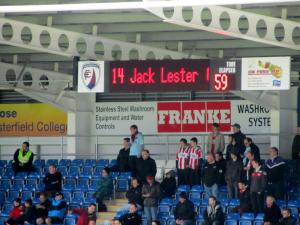 Jack Lester’s name appears on the Proact Stadium scoreboard for the final time. 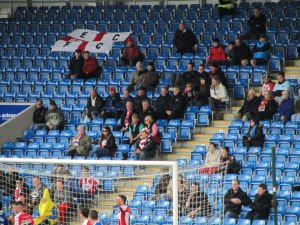 The away fans watch as their side is well beaten 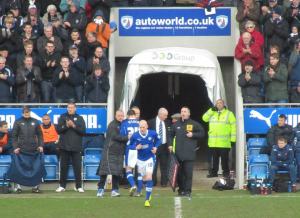 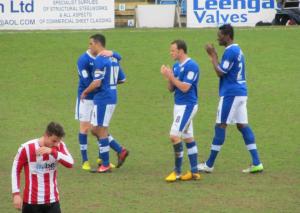 Jack Lester is replaced with 15 minutes to go

The whole stadium, including players and managers, applaud as Lester leaves the field for the final time 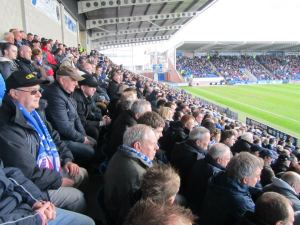 The Chesterfield fans in the East Stand

The players thank the fans for their supporters 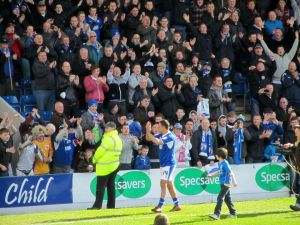 Jack Lester goes on a lap of honour

A man who will go down in history 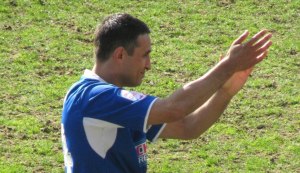 One of the greatest players ever to wear a Chesterfield shirt 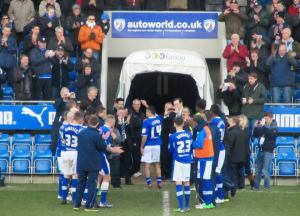 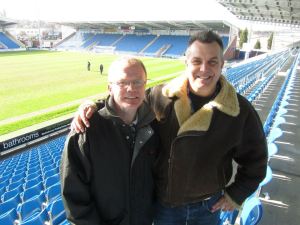 A good end to a disappointing season

A sunny day in Derbyshire 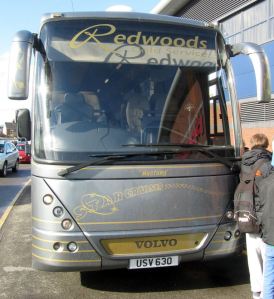 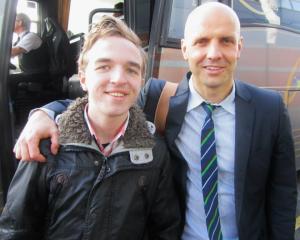 Belgian Spireites, who cycled from Brussels to Chesterfield to raise money for charity

Liam Cooper has a photo with the Belgians 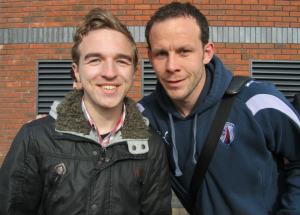 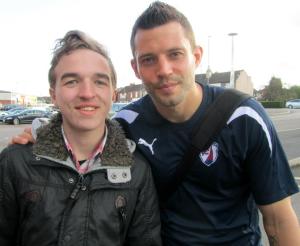 Michael got his shirt signed after the game