On Saturday 23rd November, I went to the Proact Stadium to watch Chesterfield play Wycombe Wanderers.

Wycombe Wanderers have an awful record at the Proact Stadium. In their first three visits to Chesterfield’s new home, they had been on the end of 3-1, 4-1 and 4-0 defeats. Now, as they became the only side to play a league game at the stadium in each of its first four seasons, the Chairboys were looking to bring this treacherous record to an end.

Chesterfield were on a good run of form, sitting second in the table and unbeaten in six games in all competitions – including victories in their last three. Wycombe had picked up just a single victory in their last six meanwhile, meaning the Spireites were slight favourites heading in to the game.

Neither manager made any changes from their previous games and the match got under way at three o’clock in front of a crowd of 5,798.  The first chance fell to Armand Gnanduillet. The big forward received the ball on the edge of the box and after bringing it down, he fired a half-volley in to the arms of Matt Ingham.

The Spireites started strongly and dominated the play. In the 32nd minute, they made the pressure count as Ollie Banks opened the scoring. Jay O’Shea’s cross found Banks, who powerfully headed home his fourth goal in three games.

Chesterfield were in full control and the lead was doubled on the stroke of half time. The goal came from another header, Gary Roberts’ corner finding Gnanduillet who bagged his fourth league goal of the campaign.

Wycombe started the second half well, Billy Knott forcing a good save from Tommy Lee. But the Spireites’ defence held strongly and preserved their two goal lead quite comfortably.

Both managers made changes around the hour mark. Sheffield United loanee Kyle McFadzean made his Chesterfield debut while Tendayi Darikwa also joined the action, replacing Banks and O’Shea. For Wycombe, former Spireite Dean Morgan came on in place of McClure.

The Chairboys desperately searched for a way back in to the contest as it headed towards its conclusion. Gary Doherty had their best chance with a free header, but he failed to take advantage and couldn’t find the target.

Chesterfield held out for the remainder of the match and the victory sees them move to 2nd place in the League 2 table, behind Oxford only on goal difference. Only three days until the next action at the Proact Stadium as bottom-placed Northampton Town visit in midweek. 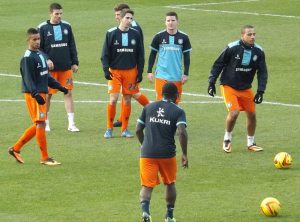 The visitors warm up

The players applaud their travelling supporters

The teams line up on the field

A minutes silence before kick off

The Chesterfield dugout take part in the silence 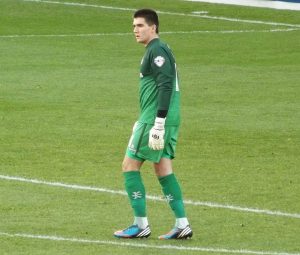 Sunset over the Proact 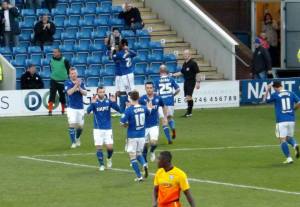 A panoramic shot of the stadium

A player goes down injured

Gnanduillet is replaced by Eoin Doyle late on

A fourth consecutive victory for Chesterfield 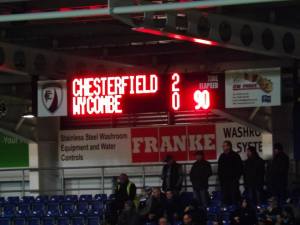 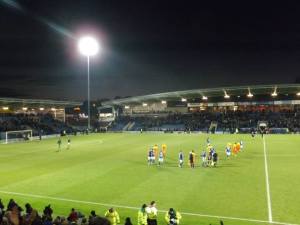