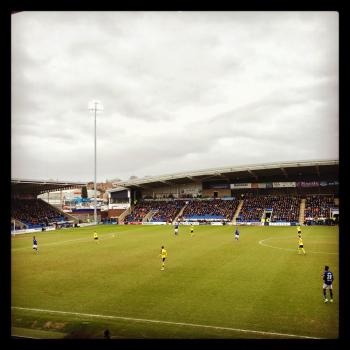 Chesterfield ended a run of four consecutive defeats with an impressive performance to defeat Fleetwood Town 3-0 on Saturday 28th February 2015.

Goals from Caolan Lavery and Sam Hird gave the Spireites a commanding lead at half time.

Sam Morsy’s strike just after the hour mark then sealed the victory for the home side; who gave an excellent performance on the back of a poor run to keep their play off hopes alive. 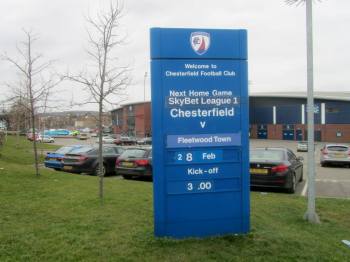 It had been a treacherous couple of weeks for Chesterfield. Four defeats in a row – their worst ever run under manager Paul Cook – had seen them slip from 5th to 10th in the League 1 table.

Naturally a few whispers of frustration were beginning to come from a minority of the fans, but there was still optimism from most of the home supporters.

Today’s game against fellow promoted-side Fleetwood Town offered another opportunity to stop the rot and get back to winning ways. 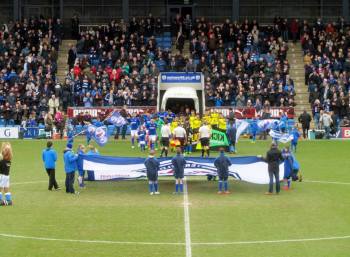 However, it was going to be no easy task to overcome the Cod Army this afternoon. Just like Chesterfield, the visitors had made a great start to life in League 1 since promotion and were also pushing for a top six place.

And two wins in their last three saw Fleetwood head into this battle of the play off challengers in far better form to the Spireites.

Yet despite the superiority in recent form for the visitors, there was absolutely nothing between the two sides in an opening 30 minutes that offered little in the way of chances. 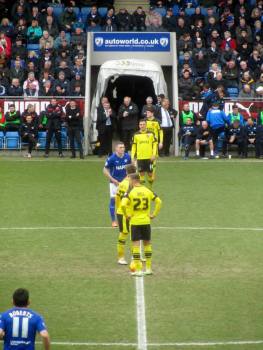 Fleetwood’s best chance of the half forced a diving save from goalkeeper Tommy Lee, who tipped Antoni Sarcevic’s effort off the line.

Chesterfield then burst into life suddenly after a subdued start. Ollie Banks – making his second consecutive start – forced a superb fingertip save from Chris Maxwell to tip the ball on to the crossbar.

Not long after, the Spireites broke the deadlock. 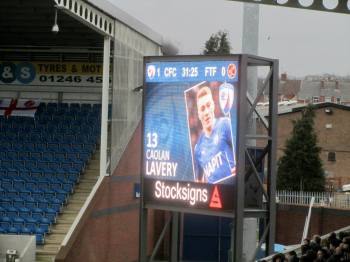 Gboly Ariyibi, an early substitute in place of the injured Dan Jones, charged into the box from the right before cutting back to Lavery.

The on-loan striker, brought in to replace the goals of Eoin Doyle, slotted the ball through a number of legs to open the scoring with his first goal at the Proact Stadium since joining on deadline day.

Little over ten minutes later and Chesterfield had doubled their advantage. 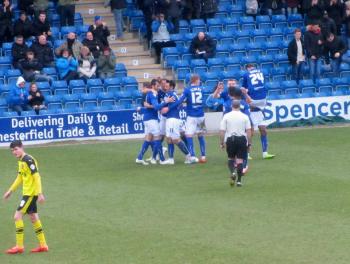 A set piece from Banks found the head of Ian Evatt. His effort was kept out by Maxwell, but defender Sam Hird was quickest to react as he bundled the ball home from close range.

And things went from bad to worse for the Cod Army in the aftermath of the goal as Sarcevic talked his way off the pitch – receiving two yellow cards from referee Pat Miller in quick succession. 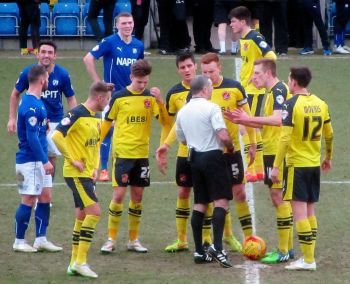 With a commanding lead behind them, the Spireites totally dominated the second period and once again looked confident in playing the free-flowing style of play that had brought them so much success in recent times.

Just after the hour the home side added a third to their tally. A string of passes finally ended up with Morsy firing the ball home after being set up by another clever cut back from man of the match Ariyibi. 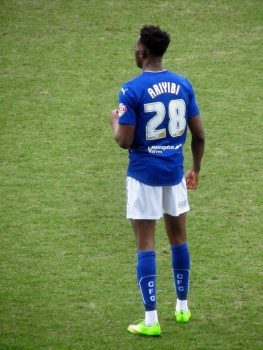 A nightmare day for Fleetwood was completed when manager Graham Alexander was sent to the stands by the referee, joining six of his players in being punished by the man in charge on a heated afternoon for the away side.

The Spireites continued to search for goals, forcing a number of saves from Maxwell whilst Byron Harrison missed a couple of golden late opportunities to score his first goal for the club.

However, in the end it didn’t matter as Chesterfield finally and deservedly returned to winning ways with a very confident performance to move up to 7th in the table and keep alive their hopes of a play off spot. 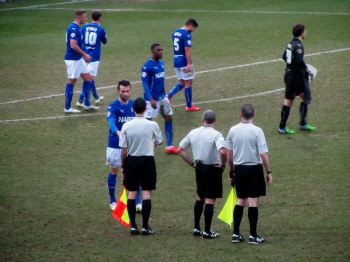