Jamal Campbell-Ryce scored on his debut to earn Chesterfield a valuable point against in-form Scunthorpe United at Glanford Park.

The hosts were largely dominant in the first half and took the lead after just 18 minutes when top-scorer Paddy Madden rounded Tommy Lee to score his 17th league goal of the season.

But the Spireites were much improved after the interval and Campbell-Ryce got on the end Jay O’Shea’s cross to score just seconds after coming off the bench to move his new side five points clear of the relegation zone.

Chesterfield were looking for an immediate response to last Saturday’s disappointment when Walsall had ended their five-game unbeaten run with a 4-1 victory at the Proact Stadium.

But given a choice, Glanford Park was probably not the ideal choice of location for the task of bouncing back. The Spireites had failed to earn a victory at the home of The Iron in 21 years and Scunthorpe were in fine form of late with one defeat in ten leaving them with an eye on a once unlikely play-off charge.

Danny Wilson made two changes to the starting eleven that were beaten by the Saddlers as Liam O’Neil returned from illness to replace Drew Talbot while Declan John took the place of the suspended Dion Donohue.

New signing Campbell-Ryce was named among the substitutes and could potentially make the first appearance of his second spell with the Spireites, twelve years after the first, during the afternoon.

The biggest threat for Chesterfield this afternoon was most definitely Madden, who already had 16 league goals to his name ahead of this afternoon’s contest – two of which came at the Proact in a 3-0 win for the Iron back in October.

Tom Hopper’s concerning long-range strike in the very first minute set the tone as Scunthorpe looked a step ahead in almost every aspect of the battle in the first half.

It took just 18 minutes for the hosts to deservedly take the lead. The Iron’s top scorer Madden rounded goalkeeper Lee before hammering home his 20th goal of the season in all competitions to put his side ahead.

The game died down somewhat after the goal and the visitors began to show a little more attacking threat as the half wore on. But it wasn’t until three minutes before the interval that goalkeeper Luke Daniels was forced into his first meaningful save of the afternoon when he tipped Connor Dimaio’s perfectly weighted volley over the crossbar.

Even the most dedicated of Chesterfield supporters would struggle to deny that Scunthorpe deserved their half time advantage. However, a positive start to the second period from the visitors will have offered hope that their side could still get something from the game.

As the hunt for an equaliser continued, Campbell-Ryce was brought on for his debut on the hour and it took him less than a minute to make the ultimate impact. O’Shea charged into the box, pulling the ball back across the face of the goal and into the path of the 32-year-old substitute, who found the net with his very first touch.

The hosts looked temporarily shaken after the leveller and for a while Chesterfield had the momentum going forward. But Scunthorpe quickly settled back down and introduced former-Spireite Gary McSheffrey, their second top scorer, with eight minutes to go as they searched for a winning goal.

With the 90-minute mark fast approaching, it was an enthralling end-to-end encounter that could easily go either way. Despite a nervy conclusion though, that included plenty of heart-in-mouth moments for both sets of supporters, it ended level – probably a fair reflection overall and a potentially massive point for Danny Wilson’s men as they continue on the road to League 1 survival.

Returning in 2016 for my first match at Glanford Park

Chesterfield visit Glanford Park, where they haven’t won since 1995 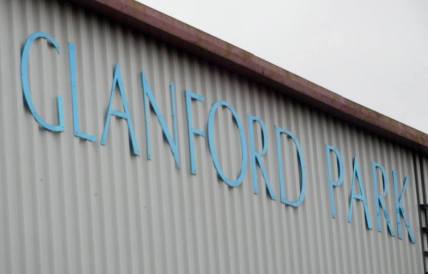 Outside the press entrance 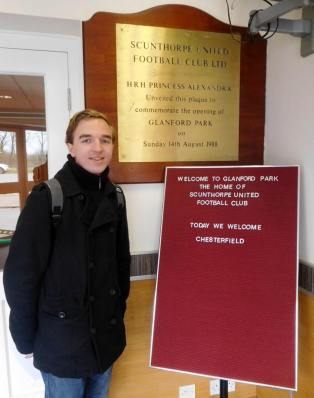 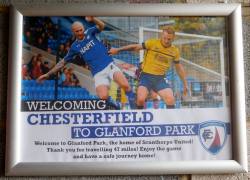 One of the nearer away days for the Spireites

In the press box 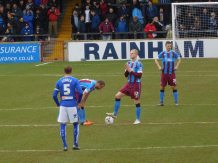 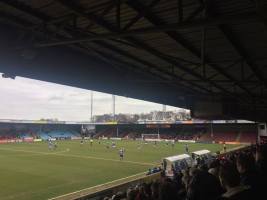 Paddy Madden puts the hosts ahead

Mark Crossley, Chris Morgan and Danny Wilson look on from the touchline

The second half begins

The players and fans celebrate the equaliser 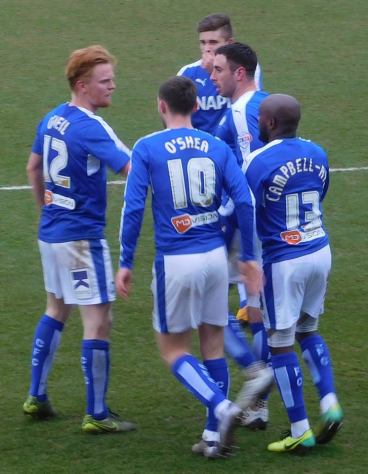