Bring Me The Horizon hit a new career milestone with a truly unforgettable performance at London’s Royal Albert Hall in support of the Teenage Cancer Trust charity.

Backed by a choir and full orchestra, the rock quintet treated over five thousand people to unique show that included live song debuts as well as a rare throwback to a previous era in order to provide this majestic venue with pandemonium the like of which it is unlikely to have ever seen before!

From the moment announced this one-off show, there was no doubt that it was going to be unmissable and as the day finally arrived, fans from all over the world flocked to the country’s capital ready to witness something very special.

The majority of the sold-out crowd was already inside and soaking up the incredible venue when American trio ‘PVRIS’ hit the stage to kick things off – including the likes of ‘St Patrick’, ‘White Noise’ and ‘My House’ in a six-song setlist that warmed the excitable audience up perfectly.

The Albert Hall itself was an amazing spectacle the like of which Bring Me The Horizon had never played before. But any doubts as to whether Oli Sykes and co would be befitting of a venue more used to events such as The Proms were quickly put to rest as the band got underway shortly after 9pm and instantly made the place their own.

An orchestral introduction to the opening track ‘Doomed’ built the excitement to it’s peak and let the fans know, if they weren’t already aware, that this would be different to anything they had previously witnessed.

But, of course, it wouldn’t be a BMTH concert with some madness and it didn’t take long for the Albert Hall’s floorboards to begin creaking under the weight of moshpits and walls of death, encouraged by iconic frontman Oli Sykes to ‘Happy Song’ and ‘Go To Hell, For Heavens Sake’.

The occasion was made extra-special by the live debut of ‘Avalanche’ which followed, as well as the first live performances since 2014 of ‘It Never Ends’ and ‘Empire (Let Them Sing)’.

In a setlist filled with hit after hit, ‘Shadow Moses’ stood out as a particular highlight by working magnificently well with the addition of the choir and orchestra. ‘Follow You’ provided another of these memorable moments as Sykes watched on in pure joy as the sellout crowd beautifully sang every word back to him.

‘Can You Feel My Heart’ and ‘Drown’ followed before the group left the stage. But the adoring crowd weren’t yet content and begged for an encore which offered one final treat in the form of yet another live debut – this time ‘Oh No’ to bring an incredible evening to a conclusion.

As a band already at the peak of their powers following the release of ‘That’s The Spirit’ last year, this evening’s performance saw them reach even further heights the like of which would once have been unimaginable for them. There was no doubt that every individual in attendance had witnessed a once-in-a-lifetime show that they would not be forgetting for a long time. 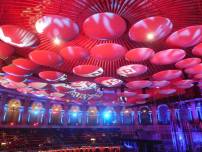 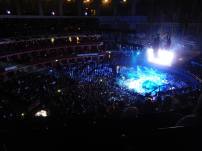 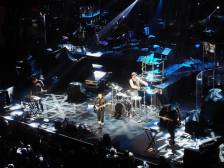 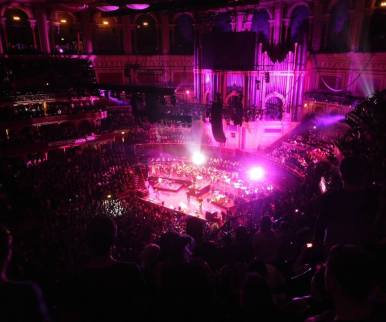 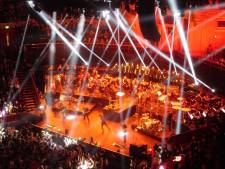 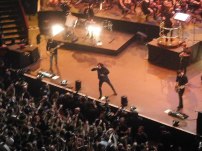 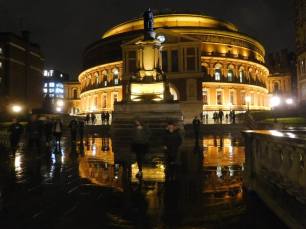