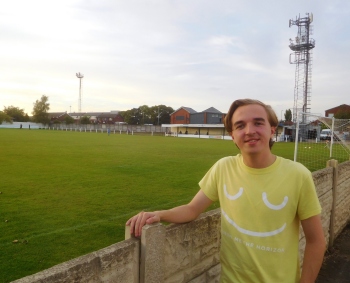 Bottesford Town went top of the NCEL Premier Division on Tuesday evening with a comfortable 4-0 victory at Armthorpe Welfare on my first ever visit to the Welfare Ground.

Three days on from our visit to non-league Nelson, my Dad and I were once again off to a new ground with our groundhopping friend Bill.

Founded in 1926, Armthorpe Welfare of Northern Counties East League Premier Division were our choice of destination for this Tuesday night as I brought my grounds total to 72.

‘The Wellie’ play at the 2,500 capacity Welfare Ground, which has the 250-seat Phillip Mitchell Stand as well as another covered terrace behind one of the goals.

Having narrowly avoided relegation last season, finishing 19th, Armthorpe had got the new campaign off to an awful start with four straight defeats in the league and FA Cup without yet finding the net a single time!

However, the visit of Bottesford Town appeared to be something of a baptism of fire for the new man as the away side looked to maintain a 100% league record after victories over Barton Town Old Boys and AFC Mansfield.

And it took less than two minutes for Bottesford, known as ‘the Poachers’, to open the scoring on a very warm evening at the Welfare Ground.

A free header inside the area was blocked by the Armthorpe goalkeeper, but some shoddy defensive work allowed Matty Steeper to somehow stab the rebound home – much to the fury of the hosts caretaker boss.

Bottesford remained totally dominant and doubled their lead nineteen minutes later courtesy of a stunning free kick strike from Martin Pembleton that beat everybody and clipped in off the goalkeeper’s right hand post.

An empty net miss from the visitors proved embarrassing for the man involved, but it was still his team who remained completely in the ascendancy and five minutes after the restart they led by three.

The ‘keeper will have been very disappointed after getting both hands on Reece Newell’s first time strike, but the ball still ended up in the net to make it 3-0.

The crossbar was then rattled from a powerful Bottesford effort before a glancing near-post header was denied by a goal line clearance.

However, after failing to register a shot on target all night, Armthorpe’s moment looked to have finally arrived with just under 15 minutes left when an attacker raced through one-on-one – only to somehow fire high and wide with the goal seemingly at his mercy.

And they were quickly made to pay as Bottesford’s Gaz Barlow added a fourth and final goal to their tally with a confident low finish in the 80th minute.

A comfortable victory for the visitors meant they kept their 100% league record and moved to the summit of the NCEL Premier Division table.

Meanwhile, Armthorpe’s dismal start continued and they will be looking to turn their form around quickly to avoid a first ever relegation to the sixth step of non-league football.

The entrance to the Welfare Ground

My 72nd ground for a game 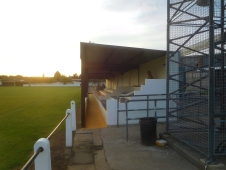 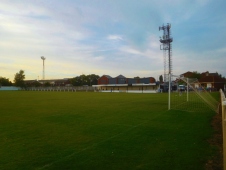 My Dad Mark, at his 95th ground, and Bill…making his 38th visit to Armthorpe! 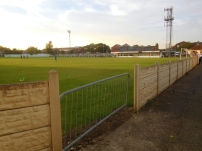 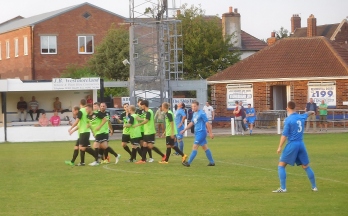 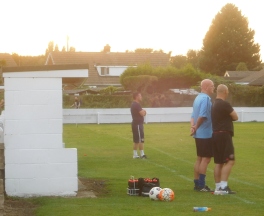 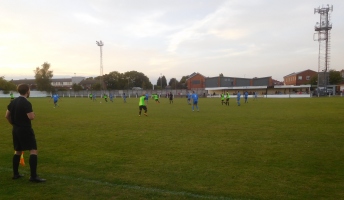 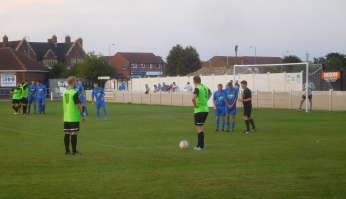 A comfortable win for Bottesford