The Shaymen were threatening to record a cricket score at one stage, finding the net three times inside the opening twenty minutes – including a brace from Alex Simmons on his home debut.

However, after an early flurry, the goals subsided until shortly before the hour mark, when Jordan Sinnott made it 4-0 to secure a third victory in four outings for Halifax.

Last season had been a highly mixed experience for FC Halifax Town.

May’s 2-1 victory over Grimsby Town at Wembley Stadium had seen the Shaymen lift the FA Trophy for the first time in their history. However, this achievement was somewhat dampened by relegation from the National League after just three seasons.

Their first campaign back at the sixth tier of the pyramid had got off to an inconsistent start, the club winning five of their eleven league outings and sitting 10th in the table – one place above ex-league club Stockport County.

However, the visit of local opponents Bradford Park Avenue appeared to be a great opportunity for the Shaymen to return to winning ways in the league after a 3-2 defeat at Gainsborough Trinity last time out.

Bottom-placed Bradford had picked up just three points all season, losing all of their last eight outings – which included a 5-1 hammering by Tamworth and 4-1 defeat to high-flying AFC Fylde.

And the visitors’ misery was continued by their fellow Yorkshire club, who scored three times in a ten-minute spell to virtually kill of the game as a contest before it had even really begun.
The first came in the ninth minute when Simmons hooked the ball into the bottom corner with a confident finish to open the scoring.

Five minutes later, Tom Denton met a ricocheted strike before converting from close range. Simmons then doubled his tally on 19 minutes with a header to give Halifax a huge early advantage.

As is often the case, the goals quickly dried up and those with hopes of witnessing a big score line will have been disappointed by the fact that it remained 3-0 for further 36 minutes.

However, with the dominance that Halifax continued to show, more goals were inevitable and it finally became 4-0 five minutes shy of the hour mark – Jordan Sinnott breaking through and finding the top corner, despite the Bradford keeper getting a hand to the effort.

It could have been plenty more for the hosts, but their attacking threat dampened as the game wore on with the outcome already a certainty and, despite chants of “we want five” from a few fans behind the goal, the game ended at 4-0 to Halifax.

This comfortable victory moved Halifax up to 8th in the league table, just two points off the play offs as the aim for an instant return to the National League. Meanwhile, things are already looking concerning for fans of Park Avenue as they remain rooted to the foot of the table and are now seven points from safety. 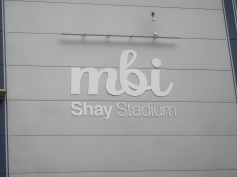 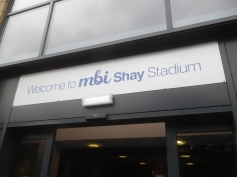 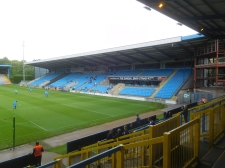 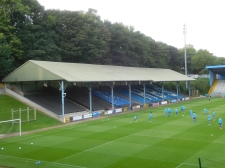 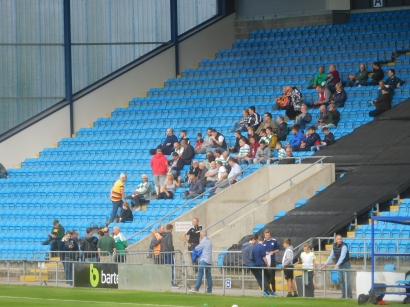 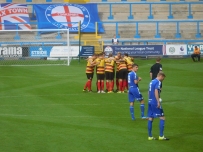 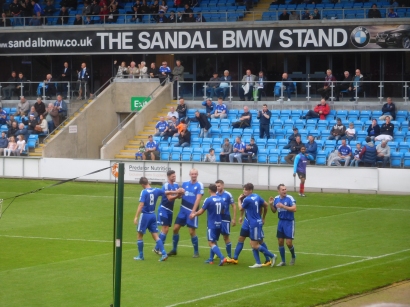 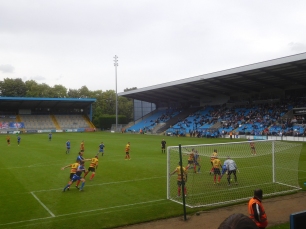