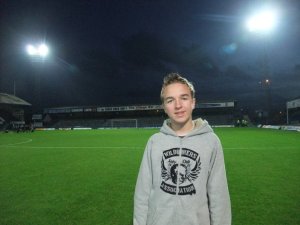 On 31st October 2009 I went to Saltergate to watch Chesterfield play Barnet in League 2.

Chesterfield came into this game with an unbeaten home run of 6 wins and 1 draw so far this season. Barnet were also pushing for the play offs coming into the match at Saltergate.

Before the match we walked round the ground as usual, making the most of the matches left at Saltergate. In the club shop we booked travel to Rochdale away on 14th November.

The game kicked off in front of a crowd of 3585 and sadly he first half was quite poor with very few shots on target with both sides cancelling each other out. Barnet were a very strong athletic side and played the off side trap very well so it was difficult for Chesterfield to have any real scoring chances.

The game continued like this until Chesterfield manager John Sheridan brought on Scott Boden in place of Derek Niven about 10 minutes into the second half. This changed the game and on 64 minutes, after a great touch by Jack Lester, Scott Boden took the ball around the keeper and put the ball into an empty net. Barnet had a great chance late on but the ball was headed off the line to give Chesterfield all 3 points.

After the match we couldn’t stay as long as usual so I only got a picture with Barnet’s Albert Jarrett before going home. 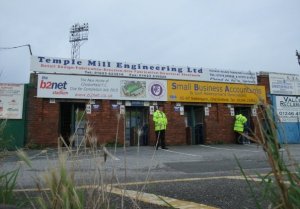 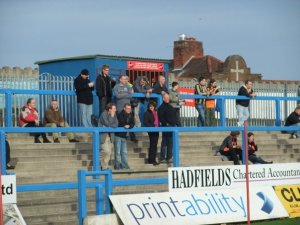 Some of the Barnet fans

The teams line up before the game

This was Donal McDermott’s last game for Chesterfield as he went back to Manchester City after a 3 month loan. 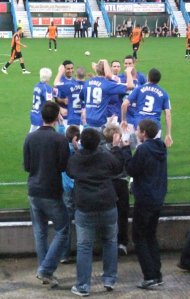 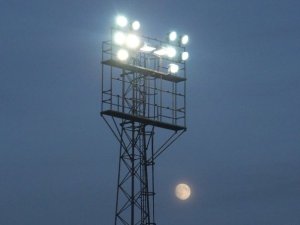