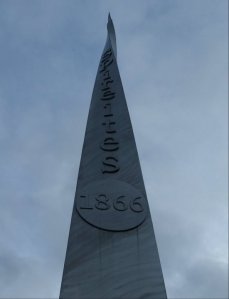 On Saturday 15th January 2011 I was at the B2Net Stadium to watch Chesterfield face football league newcomers Stevenage.

Chesterfield sat 5 points clear at the top of the league coming in to today’s game, but after watching the goaless draw away at Stevenage earlier in the season, I knew this match would not be easy. In fact Stevenage came in to this game on the back of an incredible 3-1 victory against Newcastle United in the FA Cup last week.

As I arrived at the stadium today, I noticed two large ‘twisted Spires’ which had been put outside the Stadium the previous week. The 25 feet Spires do look nice and add a bit more originality to the ground.

Chsterfield played well early on, but found it difficult to break through Stevenage’s rock solid defence. Then, on the brink of half time, Drew Talbot fired the ball home for the edge of the area to give the Spireites a much deserved lead at half time.

Stevenage went looking for an equaliser in the second half, and played some good football in trying to get back in to the game. Chesterfield did manage to hold out for the win, and the 3 points meant that their 5 point lead was maintained. 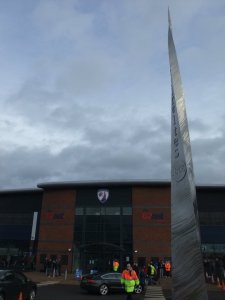 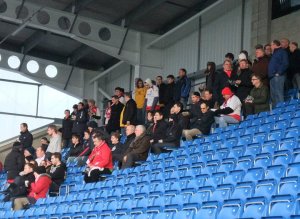 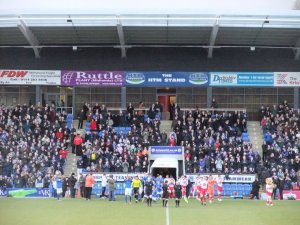 The players make their way out of the tunnel 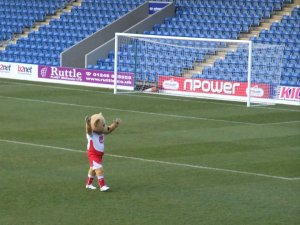 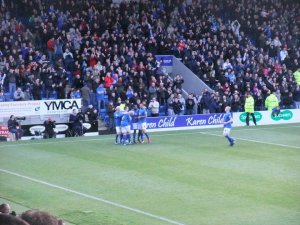 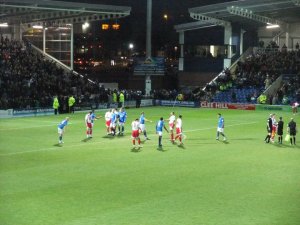 The final whistle blows and it's 1-0 to Chesterfield 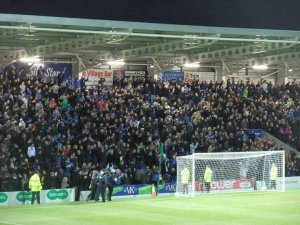 The Kop celebrate the victory 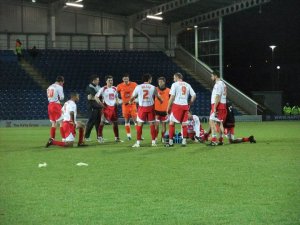 "Where did it go wrong?" 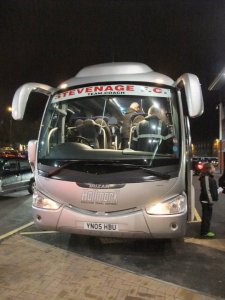