On Saturday 29th January 2011 I was back at the B2Net Stadium to watch Chesterfield take on Peter Taylor’s Bradford City.

Before going through the turnstiles for today’s game, I got pictures with Bradford City’s Leon Osbourne and Tom Adeyemi, as well as assistant manager Wayne Jacobs.

The match kicked off in front of a crowd of 7,556 and Chesterfield got off to the perfect start when Danny Whitaker put the league leaders ahead after just 11 minutes. However, the celebrations were short-lived as Bradford went straight down the other end and immediatley equalised with a David Syers goal.

The visitors took the lead early in the second half through James Hanson, and it remained 2-1 when the 90 minutes were up.

However, in the 3rd minute of added time, the ball fell to Jordan Bowery inside the box and he put the ball in the net to score his first ever league goal and salvage a point for the Spireites.

After the game I met Bradford City and former England manager Peter Taylor. 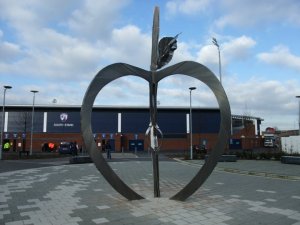 A large statue of an apple outside the nearby Tesco 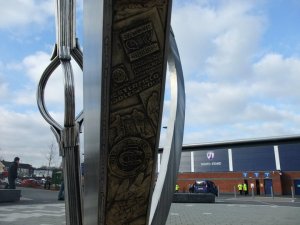 The Chesterfield FC engraving on the apple 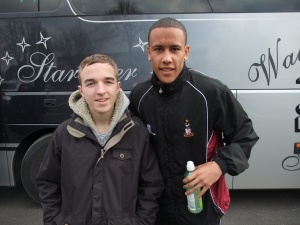 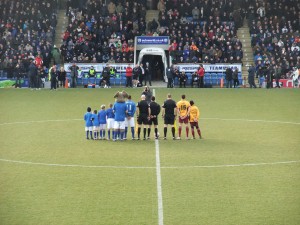