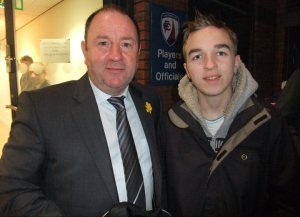 On Tuesday 8th March 2011 I was back at the B2Net Stadium to watch Chesterfield face Northampton Town.

Chesterfield came into today’s game 11 points clear at the top of NPower League 2, and with a 3-0 victory oer Cheltenham Town on Saturday, the Spireites looked to be back to their best with 7 goals in two matches.

One piece of unfortunate news was the absence of Dean Morgan, who has clearly been a big influence in the past two games, due to another injury.

Chesterfield began the game with the same pace as against Wycombe, and the Cobblers looked to be struggling to keep up with it early on. In fact Chesterfield nearly took the lead ery early on. A mistake from the goalkeeper and a nice cross from Jack Lester left Craig Davies the simplest of chances to add to his goal tally with an empty net, but he managed to fire the ball over the crossbar.

After such a great start from the home side, the game died down and neither side was able to take control of the latter stages of the first half and the sides went in level.

The first goal of the game finally came on the 63rd minute, and it was for the league leaders. Some great play by Jack Lester allowed him to beat the defence and get a shot on target, and the rebound fell to Craig Davies who tapped the ball into the empty net from close range to score his 21st goal of the season.

Just 5 minutes later it was 2-0. Scott Griffiths made a great run into the box before passing it to Jack Lester who cooly put the ball into the net to double Chesterfield’s advantage.

Northampton did make a late push and pulled a goal back on the 81st minute through John Johnson, but the 3 points never really looked in doubt as Chesterfield retained their 11 point lead at the top of the table.

After the game I got pictures with Northampton manager Gary Johnson and new signing Shaun Harrad, who scored the winner for Burton Albion at the B2Net Stadium before Christmas. I also met Chesterfield goalscorer Craig Davies. 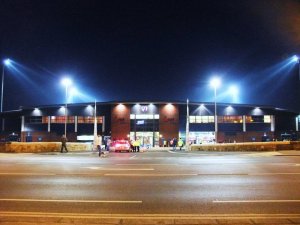 Another Tuesday night at the B2Net Stadium 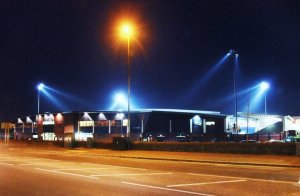 The stadium lit up 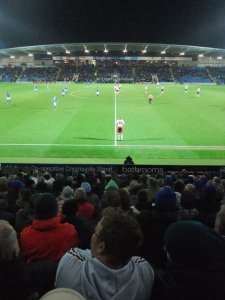 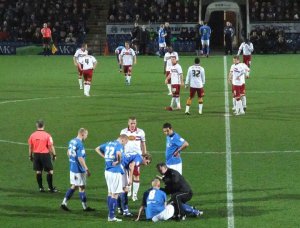 Derek Niven has to go off with an injury 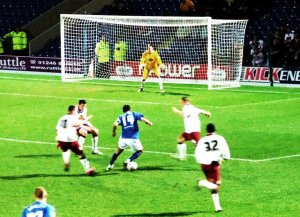 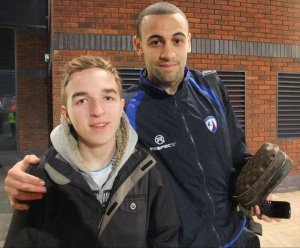 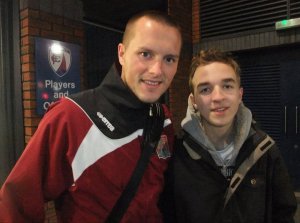