On Friday 27th January I was at the B2Net Stadium to watch Chesterfield play AFC Bournemouth.

Despite being sat at the bottom of League 1, Chesterfield had won their last 2 matches against Oldham and Colchester and so there were high hopes coming in to today’s game. The Cherries were making their first visit to Chesterfield since losing in the last ever game at Saltergate and they were one of only two teams that the Spireites had beaten away all season so I felt that they had a good chance of earning a vital 3 points.

The game had been moved to Friday night due to Chesterfield’s involvement in the JPT Northern Final 2nd leg at Boundary Park on Monday. Due to the late change of date I wasn’t expecting many away supporters to make the long journey from Bournemouth, but I was pleasantly surprised to see that quite a few had made the trip, partly thanks to the free coaches put on by the club.

The 6,958 fans inside the ground, 599 of who were away fans, helped create a good atmosphere ahead of the game. However, both sides struggled in the first half and the game was a rather poor standard with very few chances. The best opportunity of the half fell to Jack Lester who broke through on goal but his weak effort was saved by Cherries goalkeeper Flahavan.

Loan signing Liam Ridehalgh gave the Spireites the lead after the break with his first ever senior goal, and what a goal it was. The ball fell to Ridehalgh on the edge of the area and he volleyed the ball in to the roof of the net with a stunning strike to give the home side the lead.

Bournemouth went looking for an equaliser but neither side particularly threatened to score and the Spireites managed to hold on to all 3 points and move from the foot of the table. It was the first time Chesterfield had won at home in the league in over 4 months and a vital win that meant they are now just 2 points from safety, albeit having played an extra game.

After the game I had pictures with Bournemouth’s Wesley Thomas, Stephane Zubar and Charlie Daniels who kindly gave me his boots that he had worn for the game!

AFC Bournemouth make their first visit to the B2Net Stadium 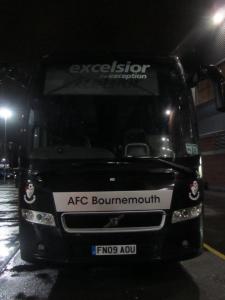 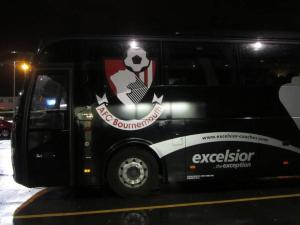 The badge on the side of the coach 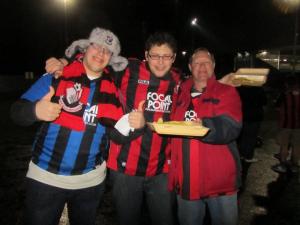 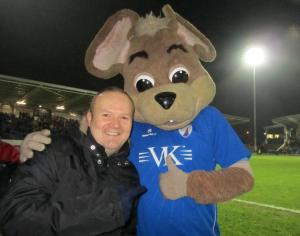 My Dad's cousin Marcus has a picture with Chester 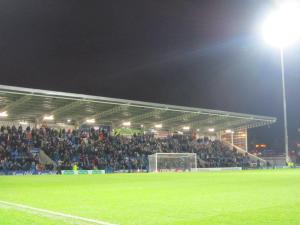 The players shake hands prior to kick off 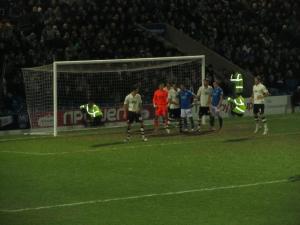 The Spireites go looking for a goal 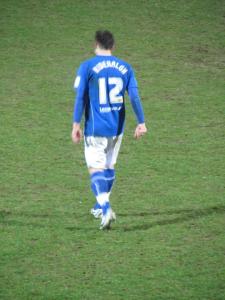 Liam Ridehalgh who scored the only goal of the game

Jordan Bowery replaces Scott Boden late on in the game

A Sky Sports reporter talks about the game at full time

The Chesterfield fans applaud the players after a good win 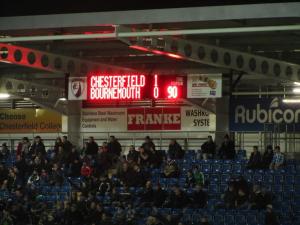 Steve Fletcher with the Chesterfield fans

Fletcher points to his "Im a True Blue" badge

Charlie Daniels gives me his boots from the game 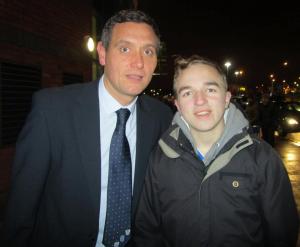 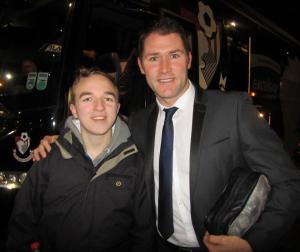