On Saturday 31st March I went to the B2Net Stadium to watch Chesterfield play Scunthorpe United in a six pointer at the bottom of League 1.

Today’s game was a crucial game with both teams, with both at the wrong end of the table and hoping to stay in the division. Scunthorpe were sat just outside the bottom 4 and a win would put distance between themselves and the drop zone, while a victory for the Spireites should see them move off the bottom and closer to safety.

There was still quite a buzz around Chesterfield as this was the first home game since the club had won the Johnstone’s Paint Trophy at Wembley last Sunday. The matchday programme was full of photos from the day, while the trophy sat proudly alongside the League 2 and Anglo Scottish cups in the cabinet. The trophy was also taken on a ‘lap of honour’ before kick off by a few youth team players, although to me it seemed a strange decision as I am sure a couple of the injured players such as Jack Lester could have shown off the cup instead.

Chesterfield got off to a good start and it was the home side that opened the scoring on the 21st minute. Craig Westcarr broke through and put the ball in to the bottom corner with a good finish to put the Spireites ahead.

The lead lasted only 7 minutes before Jordan Robertson levelled the scores. Conor McAleny looked to have handled the ball before setting up Robertson, but the referee waved away the shouts and the goal stood leaving the game level at the break.

The start of the second half was quite even with both sides desperately pushing for a vital goal to take the lead. It was the away side who made it 2-1 just after the hour mark when Josh Walker fired home from around 6 yards out.

On the 75th minute Robertson grabbed his second and the Iron’s 3rd goal of the game to put the result beyond doubt and Andy Barcham made things even worse for the Spireites with a goal on the 81st minute to complete a crushing 4-1 victory.

Many Chesterfield supporters had headed home after the 4th goal in disgust, but those that did stay greeted the final whistle with anger after witnessing one their sides worst performances of the season in what was really a must-win game.

For Scunthorpe, this result boost’s their hopes of survival massively and on this performance it would be surprising to see them get relegated this season. Meanwhile, the defeat leaves Chesterfield even further adrift of safety and relegation looks almost certain with an almost perfect run in the final 6 games required to have any hope of staying in League 1.

Scunthorpe United make their first ever visit to the B2Net Stadium 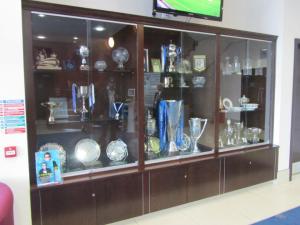 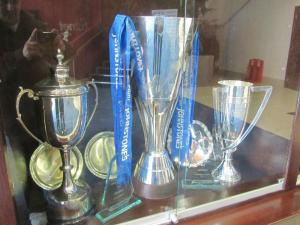 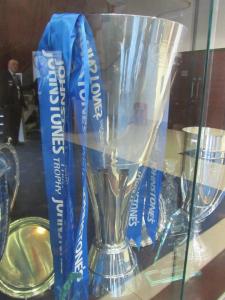 The Johnstone's Paint Trophy, which Chesterfield lifted less than a week ago 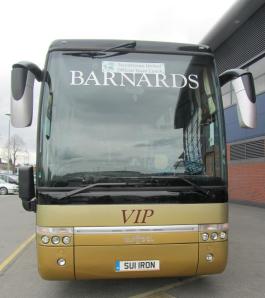 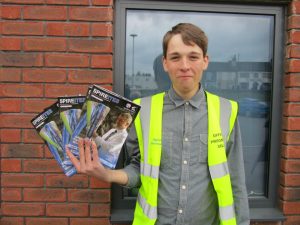 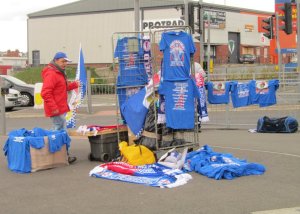 The remaining Wembley merchandise is sold off 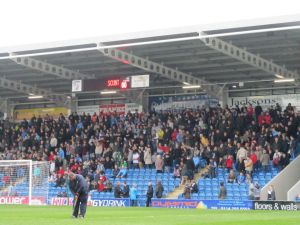 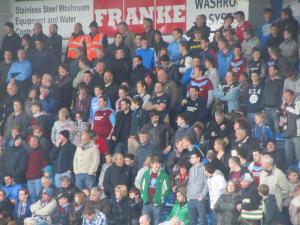 A youth team player takes the JP Trophy on a lap of honour, with some help from Chester! 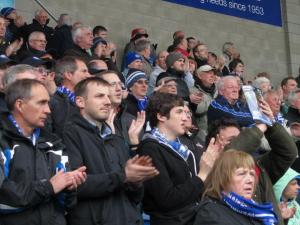 The home fans applaud the trophy

The players head out on to the pitch

The teams line up and shake hands 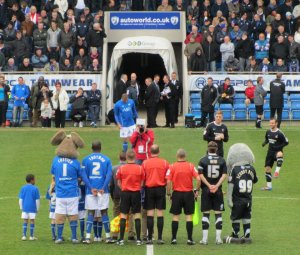 James Hurst takes a throw in 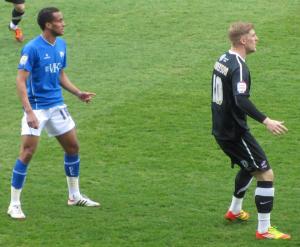 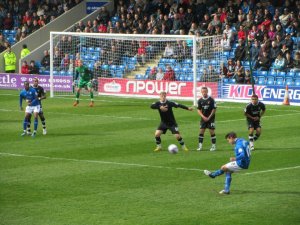 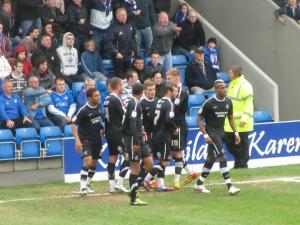 The players and supporters celebrate another Scunthorpe goal 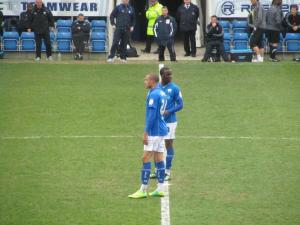 The frustrated strikers are ready to restart the game again 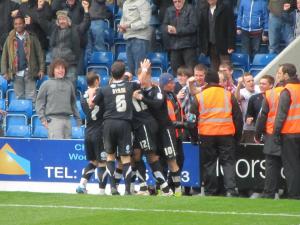 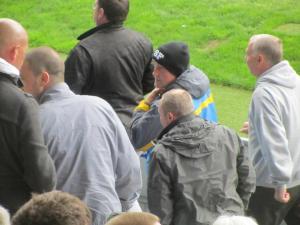 Many fans head home in disgust after the 4th goal

The Kop is now almost empty 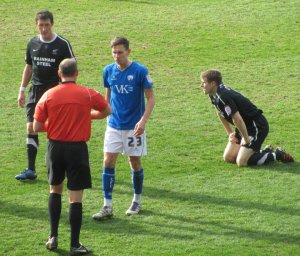 The players head to the dressing rooms at full time 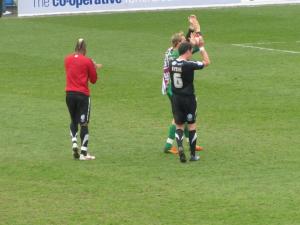 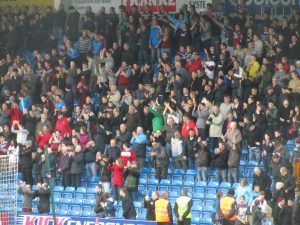 The fans applaud back after witnessing their side's 4-1 victory 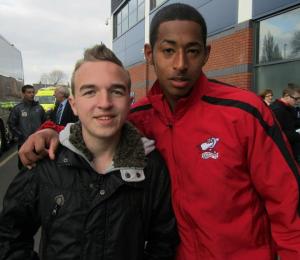 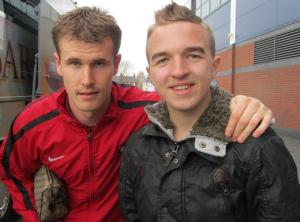 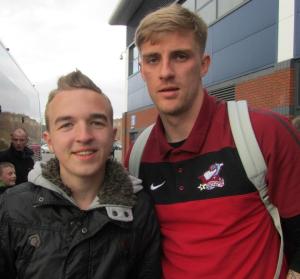 Jack Lester signs my programme, which was a Wembley special edition 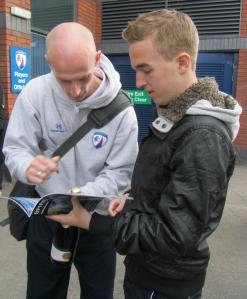 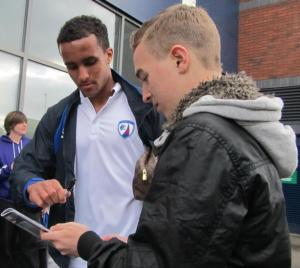 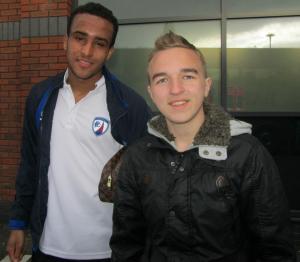