On Thursday 5th April I returned to Saltergate for the first time in almost 2 years to see how the ground looked after the start of the demolition process.

The final ever game at Chesterfield’s famous home was on May 8th 2010, when Derek Niven fired home a stoppage time winner against Bournemouth to give it the perfect send off with a 2-1 victory.

With news of the imminent demolition of the ground, where Chesterfield played their football for 139 years, we decided to go and see how much had changed since our previous visit and have a look at how much of the demolition had taken place so far.

When we arrived it immediately felt like home with the floodlights visible from a distance, but upon closer inspection it was clear that Saltergate’s days are numbered. The entrances were all fenced off with “Danger Demolition” signs and inside you could see a small pile of rubble where some of the seats had been ripped away from the main stand.

We were kindly allowed in for a few minutes to take pictures of the early stages of the process and although the ground didn’t look too different, there were signs of preparation for demolition. The seats from the Main Stand and the Compton Street Stand had been removed although the turf was being cut while we were there so it wasn’t as long and overgrown as I had originally expected.

After taking a few photos inside, we walked around the ground for a while. The entrance up to the Compton Street Stand and the Kop was also fenced off and the building that used to be the Saltergate Club now appears to be a place where the builders have a break.

It was a sad sight to see Saltergate being ripped apart and it is clear that the ground doesn’t have long left before flats are built in its place. However, I will always remember the ground and I am pleased that I was lucky enough to see a few seasons of football at the Spireites famous old home.

Returning to Saltergate nearly 2 years after the Spireites left 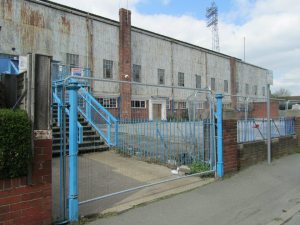 The back of the main stand, which is now all fenced off 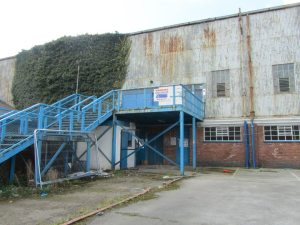 The area where the club shop once stood 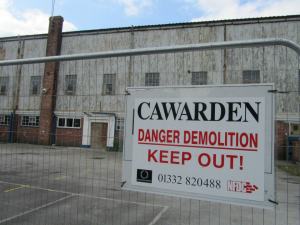 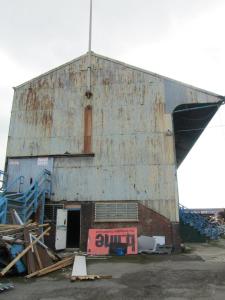 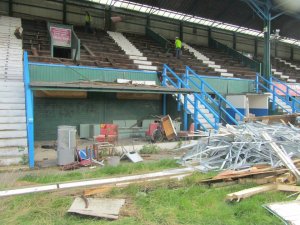 This is where we used to stand after the game, watching the manager's interviews and meeting players 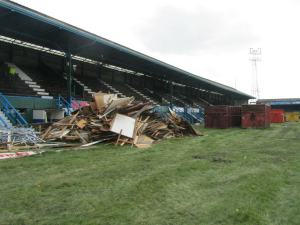 The Main Stand, with a small pile of rubble in front of it 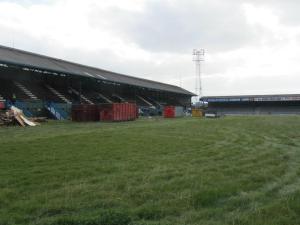 Looking towards the Kop

Compton Street Stand. All the seats have now been removed from this stand 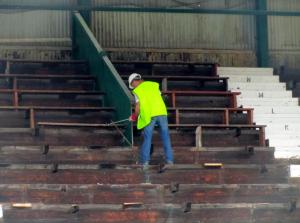 Builders pull seats out of the main stand

One turnstile sits at the side of the main stand

Saltergate, where Chesterfield played from 1871 to 2010 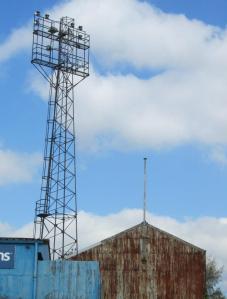 Another fenced off entrance

The path up to the Compton Street Stand 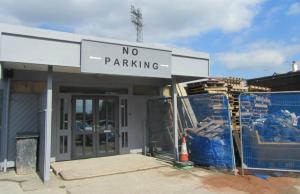 What used to be the Saltergate Club 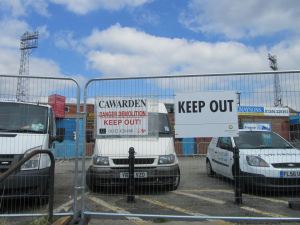 One final shot of the ground for today