From 12th May to 20th June 2012 we have returned to Saltergate a number of times to take photographs of the on going demolition of Chesterfield’s former home. The Spireites played at Saltergate for 139 years before leaving in 2010 and sadly now the ground is almost gone forever. You can see more photos below.

I have done previous reports on the demolition of Saltergate. To see these, click the links.

The roof of the main stand now has holes in it 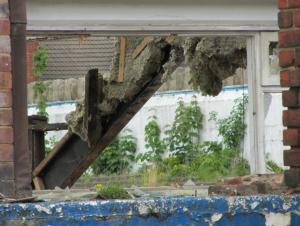 Looking through the Main Stand 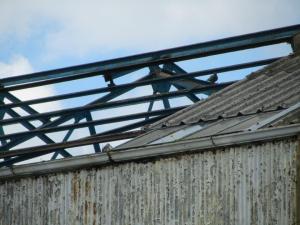 Another space in the main stand roof

A digger next to the Main Stand

Underneath the Main Stand 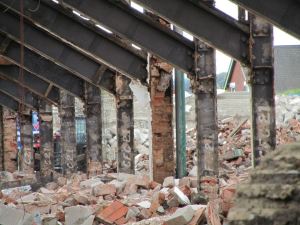 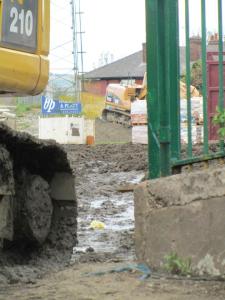 The pitch is now just mud

The Kop steps are smashed up

A floodlight stands over the wall 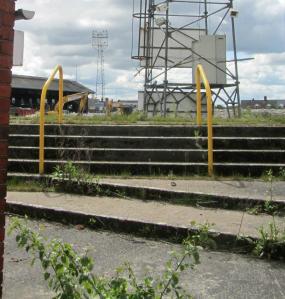 Another view of the ground, from this angle the demolition is less noticeable

It’s the end of an era

The main stand looks over the hill behind the Kop 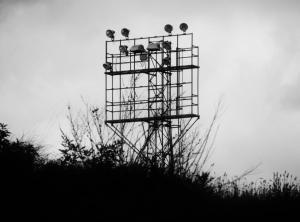 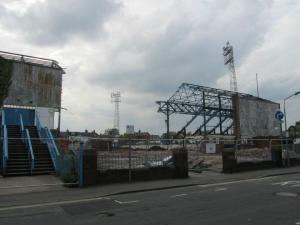 The middle of the Main Stand has now gone

Looking straight through the Main Stand 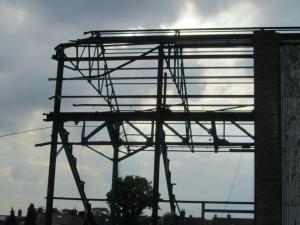 The Main Stand’s days are numbered… 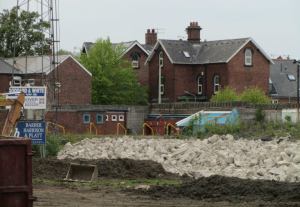 The piles of rubble that were once the away end

More of the Cross Street wall has been knocked down

Looking through the stand towards a floodlight 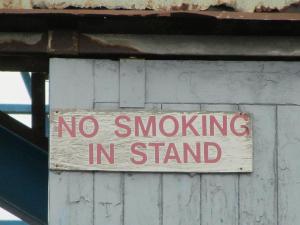 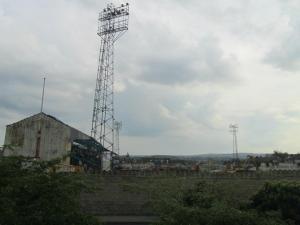 A different view over the Cross Street wall 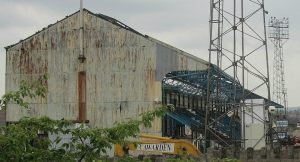 The path up to Compton Street

The turnstiles have been knocked down

The final standing part of the Main Stand

Nothing remains of the rest of the stand

The remainder of the away end

The Compton Street Stand. The TV gantry has now gone. 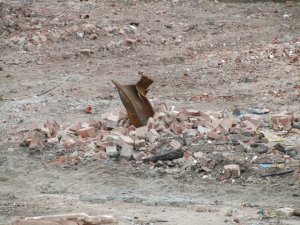 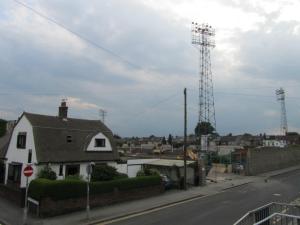 Looking through the hole in the Cross Street wall

The view from ground level

A digger sits by the pitch

The digger, the remainder of the turnstiles and a floodlight

A fllodlight looks over piles of rubble 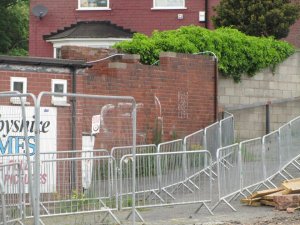 The luxury Saltergate toilets remain for a little longer

The remaining sections of the Compton Street Stand

The day after this photograph was taken, the final piece of the stand was knocked down.

The future of the famous old ground…

Looking towards the entrance where the Main Stand once stood

The floodlights are all that remain 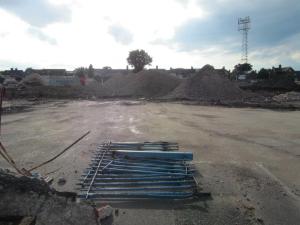 A blue gate lies on the ground 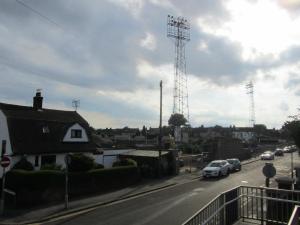 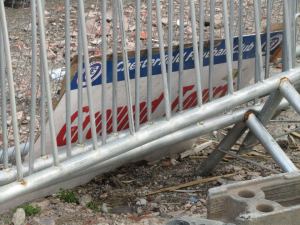 Piles of mud and rubble on the pitch 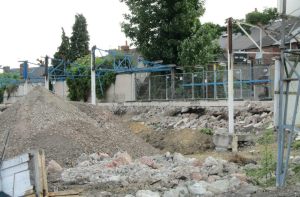 Looking through one floodlight towards another!

The Cross Street wall has been knocked down 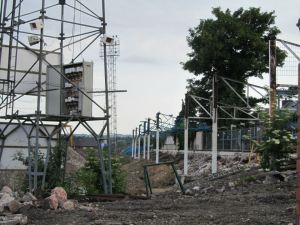 Floodlight, a barrier and the remainder of the stand 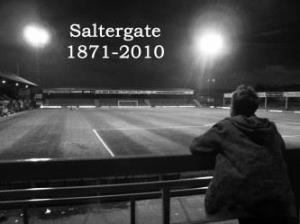