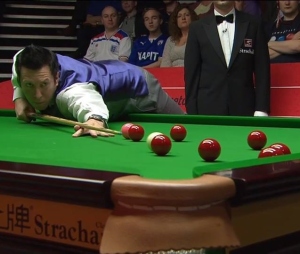 On Wednesday 24th April 2014, I went to the Crucible Theatre to watch Mark Davis play Dominic Dale in the World Snooker Championship.

It was day five of the World Championship and I embarked on the Crucible for my second visit of this year’s tournament. After an enthralling few days, which has seen some classic matches and big names eliminated, this evening’s session saw the final first round game to get underway as Mark Davis faced Dominic Dale.

Way back in 1977, my Dad made his first ever visit to the Crucible watching John Pulman playing Graham Miles. Tonight, on the 37th anniversary of that match, we took our front row seats ready for the Davis vs. Dale match. The game got off to a very slow start, with no ball potted for over five minutes. Dale eventually took the opening frame, before stealing the second with a 30 clearance after requiring a snooker.

Neither player was really able to get going and there were just two breaks over 50 in the opening four frames, with Dale heading in to the interval holding a 3-1 advantage. The qualifier, nicknamed ‘The Spaceman’ and sporting a rather interesting footwear, took the next two with breaks of 71 and 69 to storm into a 5-1 lead.

A scrappy seventh frame was taken by Davis, but the  Spaceman won the final two frames of the session to end it leading 7-2. Few would have predicted that outcome but the seed had really struggled and Dale had taken advantage of this with some solid half-centuries to hold a demanding lead.

Over on the other table, Mark Allen advanced comfortably into round 2 with a 10-4 victory over Michael Holt. That match finished early which meant for the final two frames, Davis and Dale had the entirety of this special venue all to themselves.

The second round kicks off tomorrow and it has already been a memorable tournament. I return to the Crucible on Monday night for the match between Shaun Murphy and Marco  Fu, which is certain to be an interesting and entertaining contest. 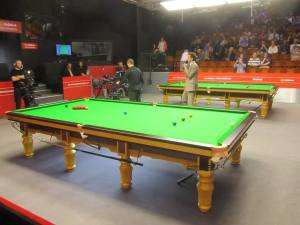 Back for my second visit of the tournament 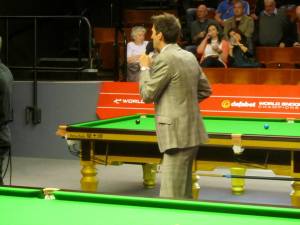 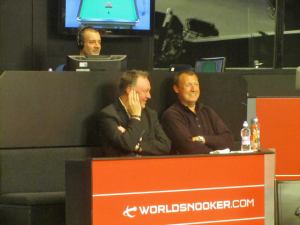 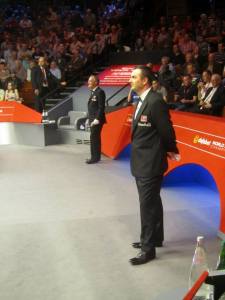 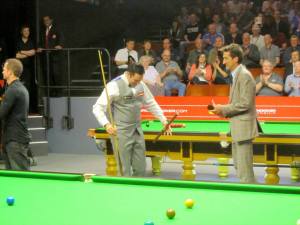 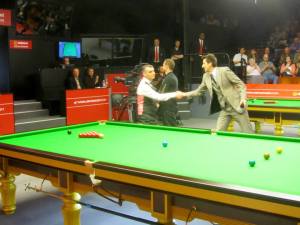 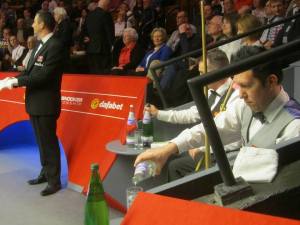 The two players in their seats 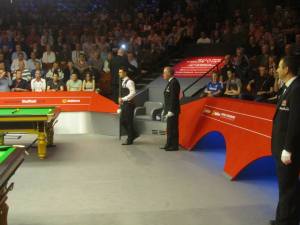 Michael Holt on the other table 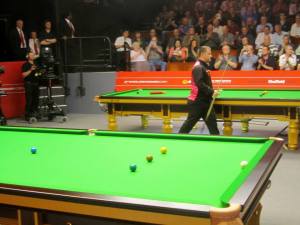 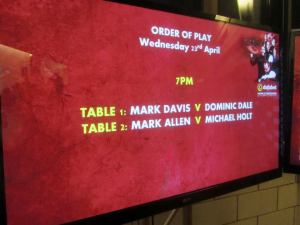 The order of play this evening 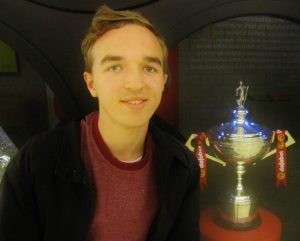 Sat by the trophy at the interval 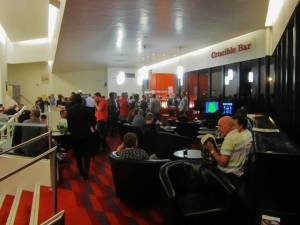 Fans watch the action in the bar 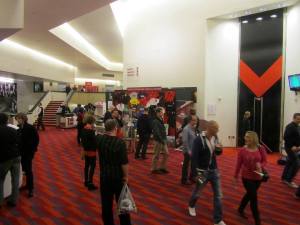 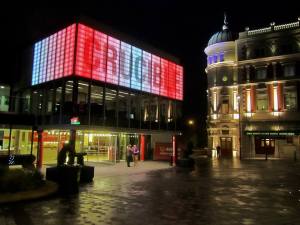 The Crucible at night