On Sunday 11th May 2014, I went to the Stadium of Light to watch the final game of the 2013/14 Premier League season between Sunderland and Swansea City.

With the football league reaching a dramatic conclusion last weekend, today saw the Premier League’s campaign come to an end. The offer from a Sunderland-supporting friend to take me and my Dad to their final game against Swansea City meant that we got to end a brilliant season with some top flight action.

This was my second seeing a game at the Stadium of Light, the ground that Sunderland moved to in 1997 after leaving their former home Roker Park. On my previous visit back in 2008, I saw Chelsea defeat the Black Cats 1-0 courtesy of a John Terry header. This time the opponents were Swansea City in a game which neither side had much to play for. A 2-0 victory against West Brom last week had secured Sunderland’s top flight survival while the Swans, winners of the League Cup last year, never looked in danger of the drop as they sat comfortably in mid-table.

Setting off from Sheffield at midday, we arrived and took up our seats in the South West corner with just a few minutes to go until the game began. It was a wet day in the North-East but that did not dampen the spirits of the noisy home supporters, who created a real party atmosphere inside the hugely impressive Stadium of Light.

However, just seven minutes into the contest and it was the Welsh side who were ahead. Nathan Dyer found space inside the box and a first-time chip over the Black Cats goalkeeper give the visitors the lead. And Garry Monk’s first game as the permanent Swansea boss got off to the perfect start as his side led 2-0 inside the opening quarter of an hour. A great turn on the edge of the box from Marvin Emnes gave him the time and space to fire past Vito Mannone and further their advantage.

Despite the scoreline, the majority of the 45,000 supporters remained in high spirits as they enjoyed celebrating the guarantee of another season Premier League football – something they didn’t look like they would be able to do at times earlier in the campaign! Lengthy chants of “Gustavo Poyet” rang around the ground; the supporters showing their appreciation to the man who has, since his appointment in October, taken the club to Wembley and secured survival after a poor start to the season.

Sunderland were having a lot of possession without creating many clear cut chances. It took until five minutes into the second period for the home supporters to have something to shout about in this game as Fabio Borini, playing the last match of his loan spell from Liverpool, pulled a goal back with a powerful header.

This appeared to give a huge boost to the home side and the Sunderland supporters let out a huge roar urging their side to get something out of the game. It was short-lived, however, as just four minutes later Swansea regained their two-goal advantage. Wilfried Bony picked up the ball inside the box and dummied past Phil Bardsley’s challenge before unleashing an unstoppable strike that clipped in off the far post.

Adam Johnson came close to pulling back another goal for the home side late on but they rarely looked like getting back into it as Swansea completed a first away win in Sunderland since 1982.

The home fans remained after the final whistle as the players came out to thank them for their supporter in what has been a long but ultimately successful season for the Black Cats. We then headed to the front of the stadium to get a couple of photos, including one by the famous Bob Stokoe statue, before beginning the journey back to Sheffield.

It had been a hugely enjoyable day with some entertaining football and a very impressive atmosphere on the final day of a Premier League season where Manchester City lifted their second title in three years.

And so another football season comes to an end. From a personal viewpoint, it has been a hugely enjoyable one that has included my team winning the league, a trip to Wembley, a day watching the new Premier League champions at the Etihad and finally ending with some top flight football.

We won’t have to wait long for more football though, as the World Cup is little more than a month away! Possibly my favourite tournament of all, I already cannot wait for a whole month of sunshine, international football and false English optimism before the real action gets underway in August!

The home of Sunderland since 1997

My view for the afternoon 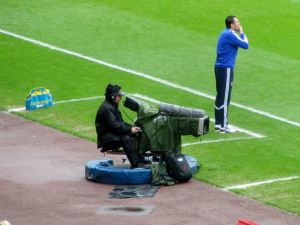 Gus Poyet on the touchline

The stadium of Light

Sunderland restart the game after falling behind 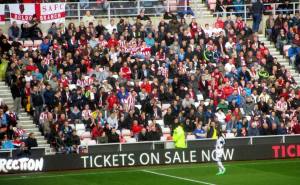 Sunderland look for a way back

Second half gets underway

Borini pulls a goal back 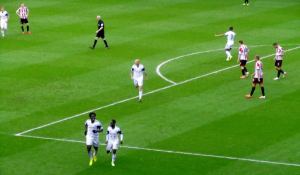 Swansea are quickly 3-1 up 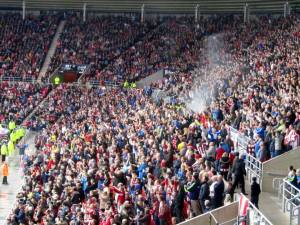 Still a party atmosphere amongst the Sunderland fans

Partying in the stands 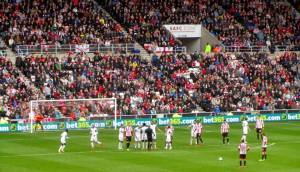 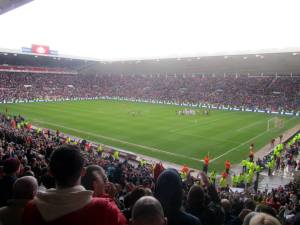 The season is over 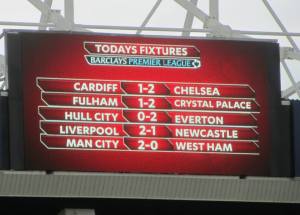 The Swansea players applaud their fans 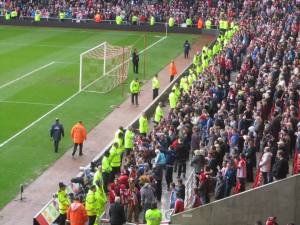 The Sunderland fans wait for their players

The players thank their supporters 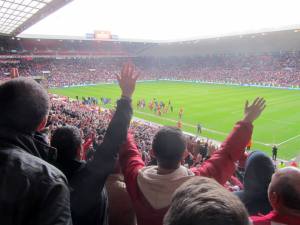 Another season of top flight football awaits the black cats 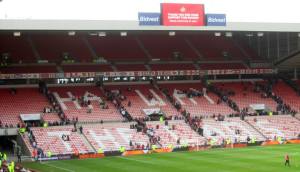 Kelly at the home of his side

The home of Sunderland FC

Another statue outside the entrance 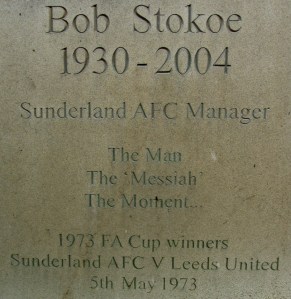 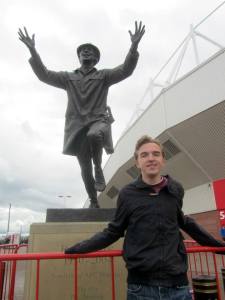 A great day at Sunderland