The penultimate night of the UK Foo Fighters‘ ‘Sonic Motorways’ tour took place at Sheffield’s O2 Academy on Friday 12th December 2014. The number one tribute band to Dave Grohl and co. thrilled crowds with tracks from their whole discography, including the newest release ‘Sonic Highways’, from which the tour’s name is cleverly derived.

It was one day short of a year since the UK Foo Fighters had last performed in the steel city and those twelve months had been nothing short of incredible. With the real Foo’s releasing their new album last month and announcing a UK arena tour, the tribute band had seen their own increase in popularity with numerous shows on their second ever Academy tour selling out. 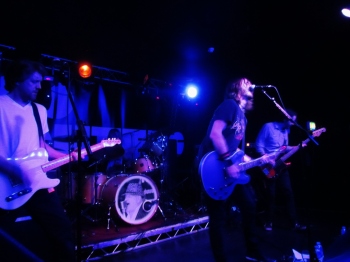 But the biggest event in the eight year history of UK Foo’s happened on 10th September at Concorde 2 in Brighton, where the Foo Fighters played a secret gig. Already aware of their tribute performers, they first dedicated the track ‘Big  Me’ to them.

And for American-born Jay Apperley, who plays the role of the frontman in the band, things went one step further and it quickly turned into the greatest night of his career – Grohl inviting him on stage to perform vocals for ‘White Limo’, introducing him to the crowd by saying “Please welcome…me!”

It is to clear to see the pride that the band have gained from this recognition. “The last time I sang this was with Dave” announced Apperley to the sellout Sheffield crowd before powering into ‘White Limo’ – his growly, Grohl-esque voice doing the song as much justice as it did the night he performed it with the real Foo’s.

The crowd were already buzzing as the band kicked things off with the powerful ‘All My Life’ – as well as an excellent rendition of ‘Learn To Fly’, among multiple other hits.

Tracks such as ‘Big  Me’ and ‘All The Cows’ from the first album offered up a nostalgic aspect to the show, whilst the likes of ‘My Hero’, ‘Monkey Wrench’ and ‘Hey, Johnny Park’ from the second release ‘The Colour and the Shape’ provided some of the most enjoyable parts of the evening.

‘The Pretender’ was one of the highlights of the show, Apperley telling the crowd “Here’s one you can sing along to”, before performing a brilliant rendition of one of the Foo Fighters’ biggest hits. Other memorable tracks that got the crowd singing along included ‘Arlandria’, ‘Times Like These’ and ‘Cold Day in the Sun’, for which drummer Alex Bailey (‘Taylor Hawkins’), clearly a talented musician in his own right, took up vocals. 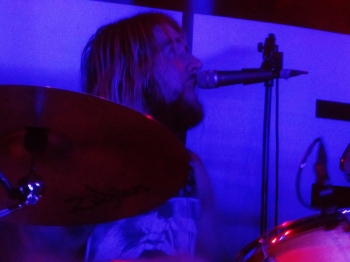 The UK Foo’s also performed two songs, ‘In The Clear’ and ‘Something From Nothing’, from the band’s new album ‘Sonic Highways’ – playing them live in the UK even before the real band had done so. This was a most impressive addition to an already hit-packed setlist and made the performance extra-memorable for those in attendance.

Following the latter of the new tracks – ‘Something From Nothing’, and ‘This Is A Call’ from the very first album, the four-piece – which also consists of Jamie Valentine (‘Chris Shiflett’) and Arron Warner (‘Nate Mendel’), left the stage. 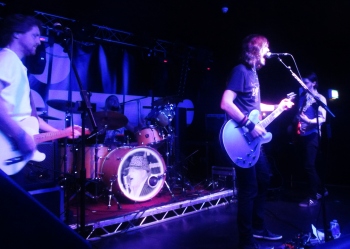 The band perform material from the new album

The crowds passionate requests for more were quickly granted as the band returned. Apperley first performed a solo version of ‘Everlong’ before the whole band took the stage to complete the encore with ‘These Days’, ‘Walk’ and finally ‘Best Of You’ – which concluded with the crowd singing back to the band over and over again, a truly stadium-style moment to bring the set to an end. 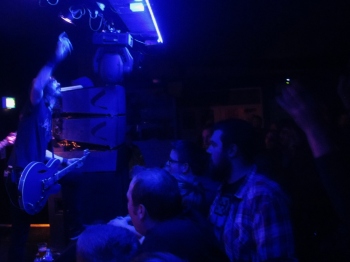 The intimacy of the small venue along with these stadium-sized anthems and hit songs made for an outstanding night. It is a combination that makes tribute bands, acts that split can often divide opinion, particularly enjoyable for many fans – especially when they emulate the performances of their real-life counterparts as brilliantly as the UK Foo Fighters do.