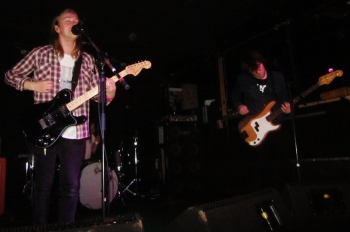 The Xcerts made their second visit to Sheffield in under two months on 4th December 2014, performing live at Corporation on the fifth night of their headline UK tour.

It’s been an exciting few months for Scottish alternative rock band The Xcerts. Throughout October and November, the trio supported Twin Atlantic on both their UK and European tours, playing shows in major cities all over the continent including the likes of London, Glasgow, Berlin, Vienna, Munich and many more. 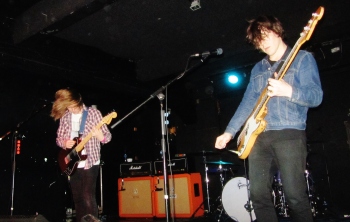 Last month also saw the release of the band’s new album, ‘There Is Only You’, which reached number eight in the rock charts and was their first to get into the top 100 in the UK albums chart. It is the third studio by the Xcerts, who were formed back in 2003 by Murray Macleod (vocals, guitar) and Jordan Smith (bass), who were just 13 years old at the time. 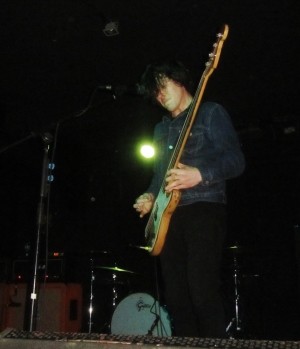 Following the two-month stint with fellow Scots Twin Atlantic, the band embarked on a headline tour of the UK promoting their latest release. This evening was the fifth date of the tour and saw The Xcerts perform in Sheffield for the second time in six weeks, after their set at the O2 Academy in October supporting Twin Atlantic.

Support from the evening came from Sheffield band ‘Seconds Apart’. Nottingham rockers ‘Kagoule’ were originally also on the bill, but due to illness they were sadly unable to perform. This meant that the local trio stepped up to the main support slot – an opportunity they were clearly very honoured and excited by. 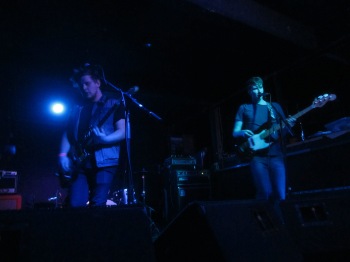 ‘Seconds Apart’ started with their single ‘Cause and Effect’ and went on to perform an entertaining half hour set that also included an interesting cover of R Kelly’s ‘Ignite’.

The trio normally consists of Owen Claxton (vocals, guitar), Martin Cartlidge (vocals, bass) and Matt Winstanley (drums), although for tonight’s performance they had a stand-in drummer due to Winstanley’s absence. Bassist Cartlidge impressed in particular, creating a good rapport with the crowd and performing so energetically that he managed to snap the top string of his guitar half way through! 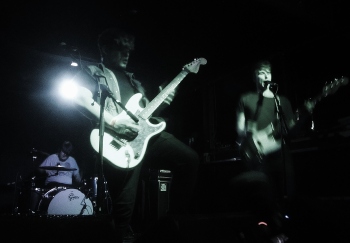 The main support act of the night

‘The Xcerts’ took to the stage at around 8:30 to a warm reception from the small crowd. Recognising this, frontman Murray Macleod joked “When will Sheffield catch on?” before offering heartfelt thanks to the audience of around 50 people that had turned out to see them on a cold Thursday night. 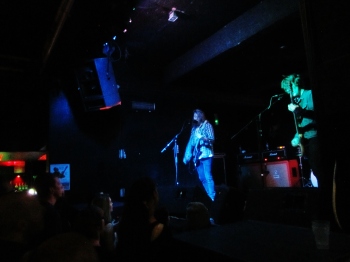 ‘Live Like This’ kicked off the performance and the band continued by playing tracks from all three of their studio releases, including ‘I Don’t Care’ and ‘Kids On Drugs’ from the new album.

The small crowd made for a very intimate feel to show, with Macleod often talking to individual fans as well as the audience as a whole. At one point, the singer noticed a two fans at the front and told that “These two guys have been at two other shows on this tour and request we play a song every time” before joking”We haven’t played it yet…and we’re still not going to!”. 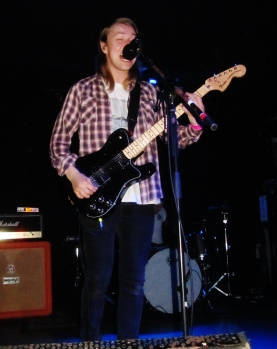 A beautiful of performance of ‘Young’ showcased the band’s range of talents, performing both powerful rock songs and the softer songs with equal excellence. ‘Gum’ and ‘Pop Song’, the latter of which is from the new album, then followed.

Talking through the long locks of blonde hair draped over his face, Macleod introduced the next song by jesting “Here’s another song to bum everyone out. Man, we need to start writing upbeat music!” This track was ‘He Sinks, He Sleeps’ and it was followed by ‘Aberdeen 1987’, an excellent song about the place Macleod and bassist Jordan Smith grew up in Scotland 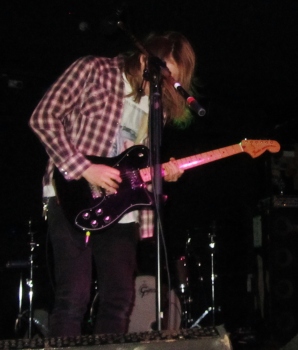 ‘Shaking In The Water’ and ‘Slackerpop’ brought the show towards it’s conclusion. Macleod then asked the crowd if they wanted one more, to which the response was a resounding “yes!”. One girl in the audience requested ‘There Is Only You, the title track of the album, but the vocalist pointed out how they didn’t have a piano and felt that they couldn’t do it justice without it. Instead, it was ‘Cool Ethan’ that brought a superb performance to an end.

The Xcerts’ tour continues this weekend when the trio return to their home country with shows in Glasgow and Dundee, before returning to England next week with shows including London and Manchester. 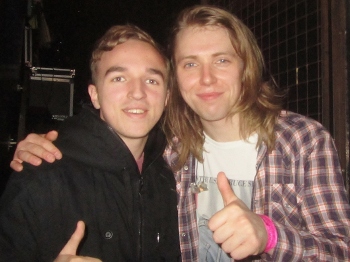 Murray Macleod after the show