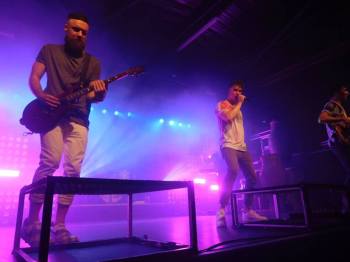 Don Broco thrilled an adoring Sheffield crowd at Plug with a late contender for the city’s gig of the year on the second night of their highly anticipated UK tour.

2015 has been a huge year for Don Broco. The Bedford quartet – made up of Rob Damiani (Vocals), Simon Delaney (guitar), Tom Doyle (bass) and Matt Donnelly (drums) – saw their second album ‘Automatic’ peak at third in the UK charts and enjoyed a huge summer performing sets at festivals including Y Not, Slam Dunk and Reading & Leeds.

And for one of the country’s fastest growing bands, there is still yet more excitement to come in the final month of the year as they build up to their biggest ever performance headlining London’s Brixton Academy on 13th December. Before that, however, they are performing across the of the UK and night two of the tour saw Don Broco head to Sheffield’s Plug venue for yet another near-sellout show.

The bill also saw three top notch support acts as ‘Symmetry’, ‘Arcane Roots’ and ‘Coasts’ warmed up the crowd ahead of the main event.

Alternative quartet ‘Symmetry’ got the evening started just after 7 o’clock, coming all the way from Los Angeles to join Broco and co. on tour. Kicking off, appropriately, with ‘Hey’, they entertained the crowd with a set that also included a cover of ‘Roar’ by fellow American musician Katy Perry!

The standard was then raised a bar by the next two support acts, who both made a big impression on the Plug audience.

Despite early technical difficulties that forced their set to be shortened, British five-piece ‘Coasts’ recovered to thrill the crowd with tracks including ‘Modern Love’, ‘A Rush of Blood’ and ‘Oceans’ from their upcoming debut album which is due for release in January 2016.

By 9:30 it was finally time for the headliners to hit the stage and they instantly brought a new level of energy to the room, kicking off with new track ‘I Got Sick’ before hit tracks ‘You Wanna Know’ and ‘Automatic’ – the title track for their latest release.

The quartet performed material from both their new album and debut release ‘Priorities’, with songs including ‘Keep On Pushing’, ‘Fire’, ‘Whole Truth’ and ‘Yeah Man’. There was also a throwback with the heavier, tongue-in-cheek track ‘Thug Workout’ which left everyone with a smile on their face.

Broco kept the crowd involved throughout with excellent crowd participation – including a Mexican wave, asking everyone to sit down, ‘push-up pits’ and even frontman Damiani diving into the crowd with a camera filming the fans up close (at the second attempt, as he accidentally switched it off the first time!).

Energetic tracks ‘Money Power Fame’ and ‘Superlove’ from the new album were followed by the slower ‘Further’, before the band left the stage. But, of course, it wasn’t over yet and they returned for the inevitable encore – performing ‘Priorities’ and finally ‘Nerve’ to bring a brilliant and very memorable performance to an end. 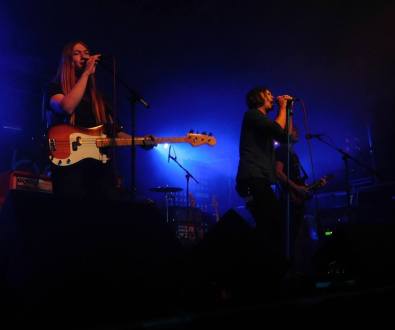 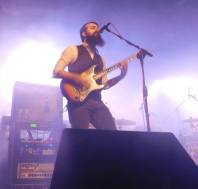 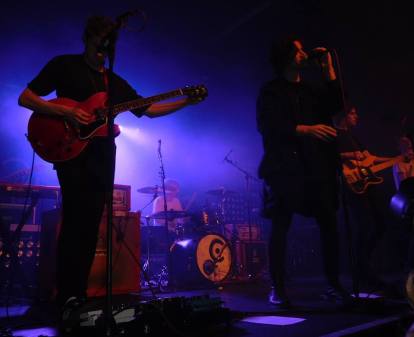 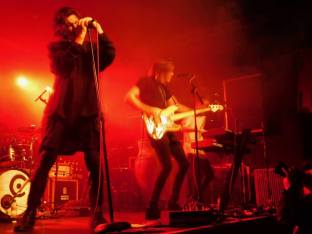 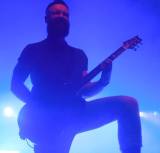 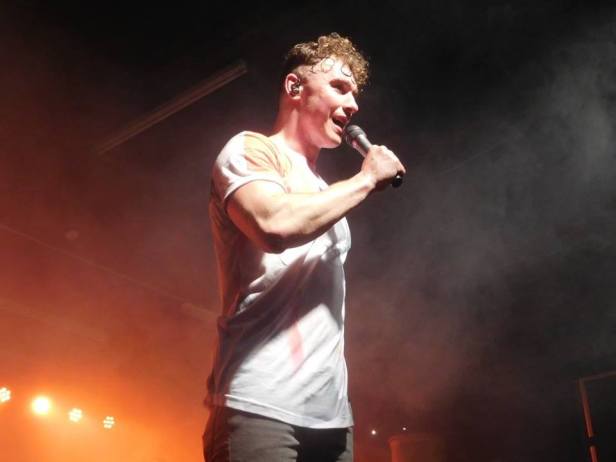