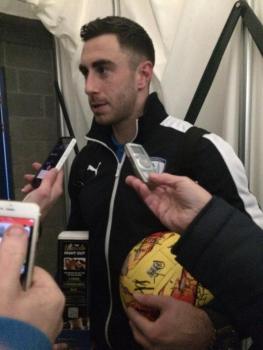 Chesterfield kicked off the new year in style with an incredible 7-1 demolition of fellow League 1 strugglers Shrewsbury Town.

A wonder-strike from Jay O’Shea, followed by a penalty converted by the same man put the home side in the ascendancy before Lee Novak added himself to the scoresheet short before the break.

A comeback was briefly threatened by the visitors when Zak Whitbread bundled the ball home from close range. But the win rarely looked in doubt and the Spireites romped to a dominant victory with two more goals each from Rai Simons and hat-trick hero Novak on an unforgettable day for the side.

With a new year upon us and a new manager at the helm, there was a noticeable sense of new-found optimism at the Proact Stadium.

A good point against a strong Coventry City side in Danny Wilson’s first game had left Spireites supporters entering 2016 with plenty of hope and many clearly felt that the visit of 18th-placed Shrewsbury Town this afternoon offered the perfect opportunity to gain a first league victory since October!

Even the most optimistic fan would have struggled to predict the true outcome of this afternoon’s contest, however.

From the first moments of the game Chesterfield were on the front foot, Novak almost unleashing a shot at goal in the very first minute, but the  Shrews defence proved a tough nut to crack in the early stages of the contest.

In fact, it took a real piece of brilliance from O’Shea to break the deadlock as the Irishman met Liam O’Neil’s cross with a trememendous first-time volley that found the top corner and left goalkeeper Mark Halstead with no chance.

Twelve minutes later and the Irishman made no mistake when provided with an opportunity to double his tally, converting his sides first penalty of the season after Sam Morsy had been bundled down in the area.

It was the first time Chesterfield had found the net twice at home since their last league victory – all the way back in October! Bbut they were far from finished and Novak made it 3-0 before the break with an excellent first-time effort of his own.

Throwing away strong leads had been one of the Spireites’ biggest downfalls under previous manager Dean Saunders and when Whitbread poked the ball home in a goalmouth scramble, there was a brief hint of worry among the home supporters.

They needn’t have worried though. An inspired substitution from Wilson saw Simons replace double-scorer O’Shea and the Bermudan youngster wasted no time – finding the net less than 60 seconds after joining the action to make it 4-1.

Much like buses, Chesterfield received a second penalty of the afternoon with nine minutes left having not previously received one all season! This time it was Gboly Ariyibi who was fouled as he charged into the area and an angered Junior Brown earned himself a second yellow card as a result.

With O’Shea already withdrawn, it was Novak who confidently scored from the spot to make it 5-1. The home side were now understandably  filled with confidence and flowed forward continuously in the final few minutes, Simons and Novak each finding the net once more to record an unbelievable 7-1 victory – the Spireites hitting seven for the first time since the 1979/80 season!

An obviously delighted Danny Wilson tried not to get too carried away with the scoreline, despite the beaming grin across his face: “These results are a bit freakish and you can’t get carried away – to me a 1-0 win would have sufficed but you have to take the chances when they come! We enjoyed it and most importantly the performance and the result was very promising.”

In stark contrast, Shrewsbury boss Micky Mellon stated his shock at the outcome: “I’m stunned and the fans have a right to be so, anyone who cares about the club should be. We’ve got to try and digest this but there’s no point going in the dressing room and ripping them to shreds. Nobody saw this coming.”

On such a special day however, the final word must go to man of the match and hat trick hero Lee Novak, who described it as “one of the best days of my career” whilst clutching the match ball after scoring his first ever football league hat trick.

Chesterfield, lifted to 18th in the table, now look ahead to a tricky duo of away games in the coming weeks as they travel to Rochdale and former Premier League club Wigan Athletic. 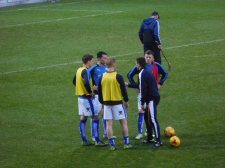 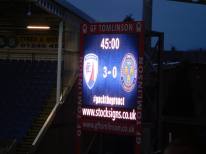 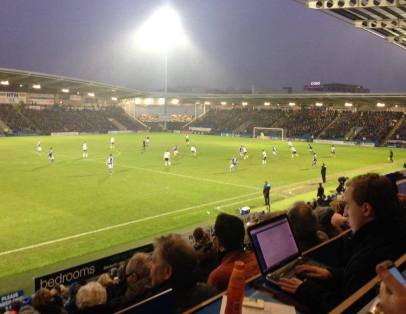 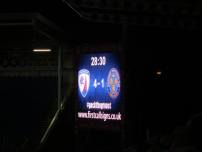 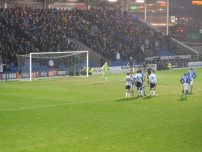 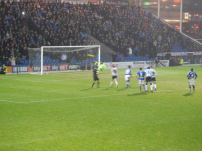 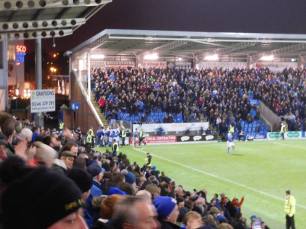