Goals from Chris Martin and Johnny Russell earned Derby County a vital 2-0 win over Huddersfield Town as they consolidated their play-off position with a second consecutive victory.

Martin’s goal just after the half-hour mark came at a perfect time for the Rams as Huddersfield made a strong start to the contest.

The 17th-placed Terriers began on the front foot, taking the game to their promotion-chasing opponents as Harry Bunn and Joe Lolley both came close for the visitors in the early stages.

But as the first half wore on and the rain began to pour over the iPro Stadium, Derby grew and started to take control of the contest.

Nick Blackman skewed a golden opportunity from inside the area before the impressive Tom Ince met the woodwork with a deflected effort.

And with 31 minutes on the clock, it was the home side who broke the deadlock. Cyrus Christie’s pinpoint cross found the head of Martin and the Scotland international made no mistake in placing a powerful header past Jed Steer to score his third in four games.

Huddersfield continued to battle on into the second half, but after taking the lead it always felt like it would be Derby’s afternoon.

Ince continued to be a constant threat and could have easily scored a hat-trick himself, causing numerous problems for the Terriers backline.

But the task of securing the three points fell to substitute Russell, who doubled Derby’s advantage with a magnificent curling effort into the far corner.

From there, the Rams continued to push forward as they comfortably saw out a win that moves them five points clear of seventh place.

Post-match, both managers took the positives from the contest. First up was Huddersfield boss David Wagner, who said:

“We were very strong in both halves today, no complaints to my squad. We had 12 shots and no goal, maybe experience, maybe quality missing but if we play like we have today then we’ll get results.”

Darren Wassall, who took over as Derby boss less than a month ago, then expressed his delight at the result saying: “Our class showed today. We’ve got 11 cup finals coming up. We need to be at our best to win them all.” 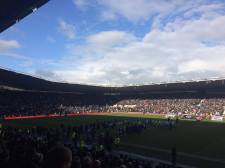 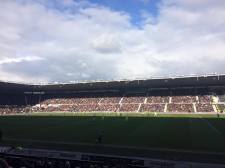 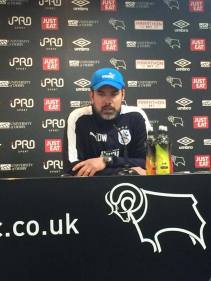 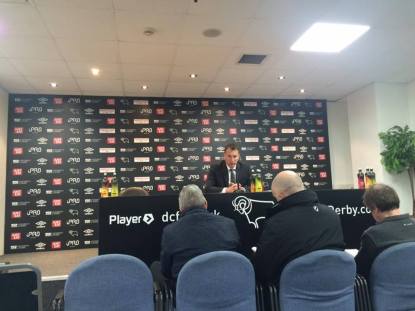 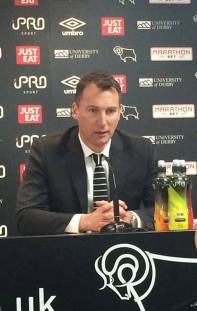