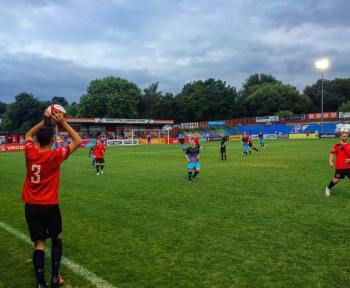 Sheffield FC held a young Sheffield Wednesday side to a hard-fought goalless draw at the Coach and Horses ground on Thursday evening.

In fact it was the hosts, plying their trade in the Northern League Division 1 South this season, who had the better of the admittedly few chances in a rather tepid pre-season affair.

The best opportunity of the first half arrived in the 19th minute, when a volley from Sheffield’s Charlie Dawes forced goalkeeper Dan Wallis into a low diving save to stop the ball finding the bottom corner.

As the second period wore on, the game began to look destined to end without a goal as veteran forward Matt Roney wasted a golden opportunity – directing a free header wide of the target just yards out from goal.

Wednesday made a late push for a winner and Jordan Thorniley almost found the net in the dying minutes when he was picked out by a short free kick before directing the ball over the crossbar from inside the area.

The contest ultimately ended goalless, however, which probably offered a fair reflection of the evening’s action.

Sheffield FC’s next pre-season outing comes on Wednesday when they travel to Clipstone, before hosting Matlock Town the following Saturday. 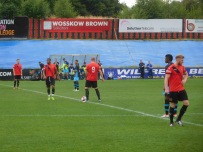