Clipstone defeated Barton Town Old Boys 3-0 in the NCEL Premier Division on Tuesday night as I made my first ever visit to the Lido Ground.

For a fourth straight midweek fixture, me, my Dad and our friend Bill would be attending a game in the Northern Counties East League – which hosts football at the ninth and tenth levels of the football pyramid.

Our original plan had been to go to Worsbrough Bridge Athletic v Dronfield Town. However, the game’s location was switched to Dronfield last week due to floodlight issues and so, having already done a game at Stonelow last season, we decided to head elsewhere.

Clipstone FC, near Mansfield and on the same road as fellow NCEL club AFC Mansfield, was instead our choice as they hosted Lincolnshire-based Barton Town Old Boys in the Premier Division.

Founded in 1928, they were known as Clipstone Welfare until 2013 when they became simply Clipstone FC. The Cobras, as they are known, have only been members of the NCEL family since 2012 but gained promotion to step nine just three seasons in – lifting the Division 1 title at the end of the 2014/15 campaign having won 30 of their 42 league games.

They had made a mixed start to this, their second season in the NCEL Premier, with three wins, three defeats and two draws leaving them firmly in mid-table before tonight’s contest.

The visit of Barton Town Old Boys appeared to offer a good opportunity for Clipstone to pick up another victory, however, as they had won only once in the league so far this campaign – their sole victory coming in style as they hammered Retford United 7-0 away from home.

Clipstone, wearing their black and white stripes, forced the first save of the game early on when a powerful strike from the edge of the area was tipped over the crossbar by the Barton ‘keeper.

Barton, in sky blue, then found the crossbar with a header and this would ultimately prove to be as close as the visitors came all evening.

It had been a fairly even affair up until now, but the contest, witnessed by 74 paying spectators, was turned in the hosts favour shortly before the half hour when a tough challenge from Barton’s Tom Waudby earned him a straight red card from the referee.

The visitors were made to pay with a flurry of two goals in as many minutes for Clipstone on the stroke of half time.

Nathan Forbes made it 1-0 with 44 minutes on the clock as his low driven effort flew past everyone and found the far corner.

Moments later, it was 2-0 – Josh Nodder charging towards goal before unleashing a strike that the Barton ‘keeper was unable to deny.

The second period was one-way traffic as Clipstone looked to put the outcome beyond doubt – almost doing so early in the half as a looping strike crashed off the crossbar.

And with 60 minutes gone, the Cobras did have their third. The ball fell to Michael Trench in front of goal and he showed some great control to bring the ball down before hammering it home from close range to increase the deficit to three.

It should’ve been four shortly after when the ball appeared to cross the line before crashing back out off a stanchion, but the referee did not award the goal and it remained 3-0 – leading to calls for goal line technology in the NCEL!

However, this did not really matter in the end as Clipstone looked comfortable and ran out 3-0 victors to rise to 8th in the league table. 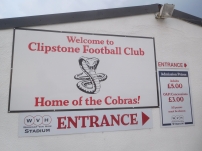 Home of the Cobras

My 76th ground for a game 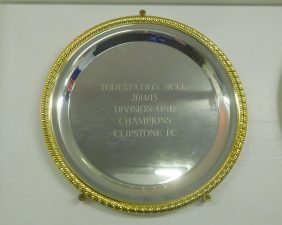 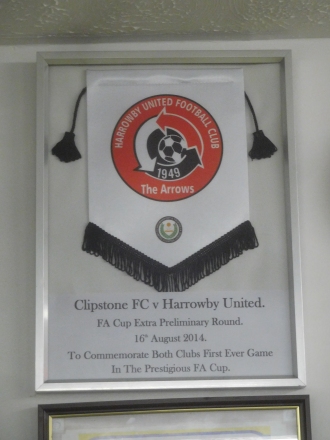 The club played their first ever FA Cup tie in 2014 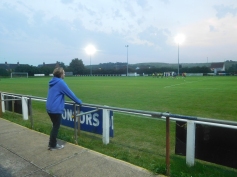 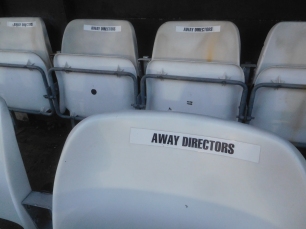 A minute’s silence for Shaw Lane player Daniel Wilkinson, who passed away yesterday

A red card for Barton shortly before the half hour

View from the stand