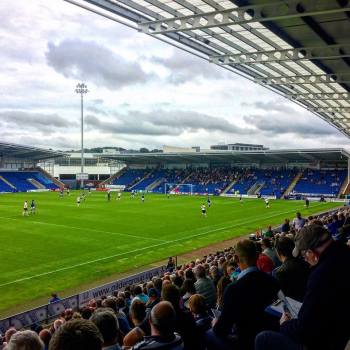 Chesterfield got their pre-season campaign underway with a defeat as first half goals from Kieran Lee and Fernando Forestieri earned Sheffield Wednesday a comfortable 2-0 victory.

The Owls started the contest strongly and Lee converted Jack Hunt’s cross from close range to open the scoring in the ninth minute.

Nineteen minutes later, Forestieri finished off a good move from the visitors with a low strike past goalkeeper Ryan Fulton to double the advantage.

From then on the outcome never really looked in doubt, despite a few decent opportunities for the Spireites, and Wednesday saw out victory in a second half that lacked any real flow or urgency.

END_OF_DOCUMENT_TOKEN_TO_BE_REPLACED 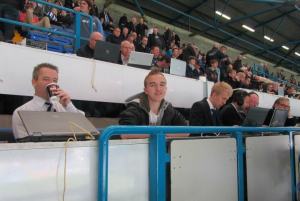 On Saturday 22nd September I went to Hillsborough, the home of Sheffield Wednesday,  to spend a day with their press team for the game against Bolton Wanderers.

END_OF_DOCUMENT_TOKEN_TO_BE_REPLACED 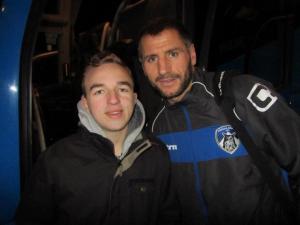 On Monday 2nd January I was at the B2Net Stadium for the first time in 2012 to watch the Spireites take on Oldham Athletic.
END_OF_DOCUMENT_TOKEN_TO_BE_REPLACED