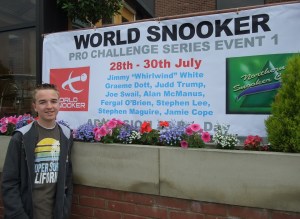 I was back at the Northern Snooker Centre in Leeds today with Matt. This time it was to watch the first Pro Challenge event introduced by World Snooker this season.

We arrived once again at around 10am just as the days snooker began. It was alot more relaxed than we expected with this being a World Snooker event.

On the main table for the morning was Judd Trump v Mark Joyce. The game was good quality and Judd raced into a 2-1 lead however his long potting let him down and the game went to a decider. The decider was a very tactical frame which in the end Mark Joyce managed to win to take the match 4-3. As the 10am games came to an end most of the players began arriving for there 11.30am games. Former world champion Ken Doherty caught our eye practicing on a table near us and we went over and asked if he minded if we took a few photos of him practicing. Ken was as nice as ever and let us take a few photos which you can see below.

I managed to get pictures with lots of the players after there 10am games including Graeme Dott and Marcus Campbell who turned up together despite losing the previous day. Getting a picutre with Graeme Dott meant I have now got pictures with all of the current top 32 players on the main tour. I also got pictures with new boys to the tour Jordan Brown and Sam Baird (who had beat Jamie Cope 4-3) along with Judd Trump, Jamie Cope, Dave Harold, Mark Joyce and Alan McManus. 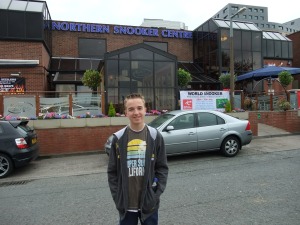 Back at the Northern Snooker Centre 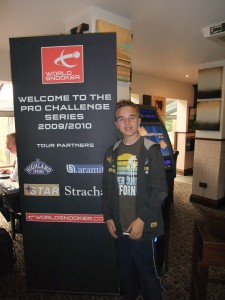 A video I took of the arena 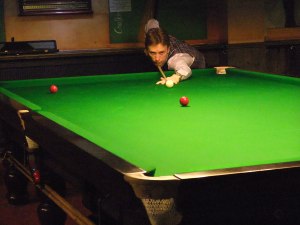 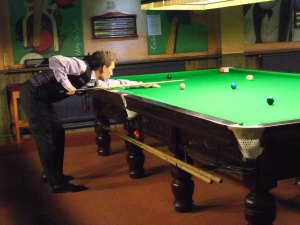 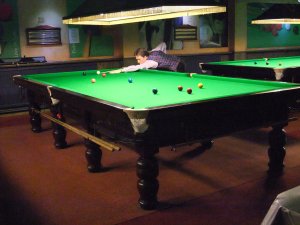 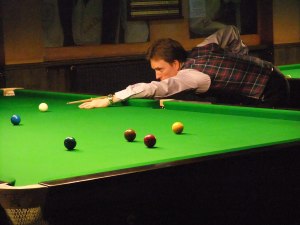 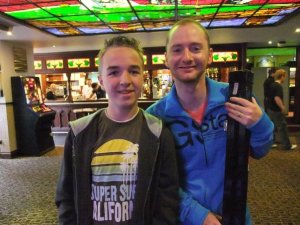 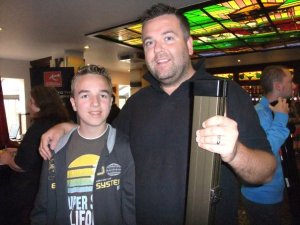 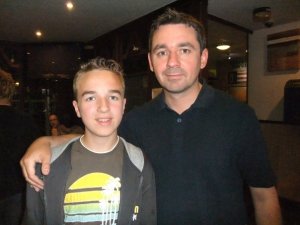 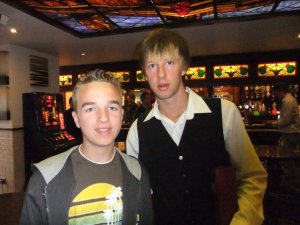 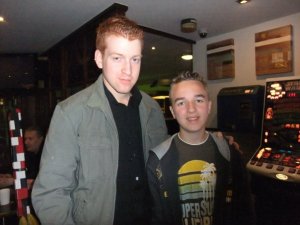 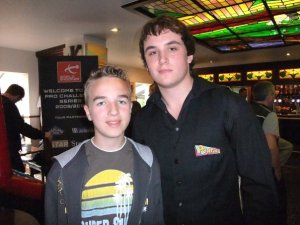 The afternoon session saw Stephen Maguire and Rod Lawler on the main table. We were not all that pleased about that as we wanted to see the Daniel Wells v Ricky Walden and Ken Doherty v Jimmy Michie games. After watching a frame of Maguire v Lawler we went to watch Ken Doherty v Jimmy Michie. Ken was looking in great form and in the two frames we saw he made a 127 total clearence and a 94 break to win the match 4-1. Unfortunately we couldn’t quite get to the Walden v Wells match which Ricky Walden won 4-0.

The next set of matches were not set to start until 3.30pm however as the 10am matches had run over slightly this did not matter and meant we were only waiting around about 30 minutes before the next games began. I took the break as an opportunity to get some more photos getting pictures with Tom Ford who I hadnt got before, along with Ken Doherty, Jimmy Michie, Joe Swail, Ricky Walden, Rod Lawler, Jimmy Robertson as well as former main tour player David Grace. 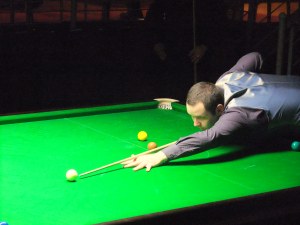 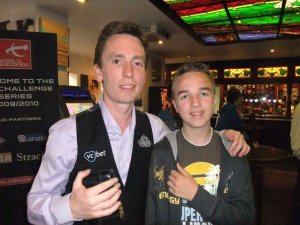 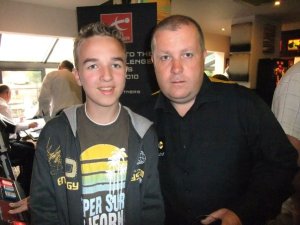 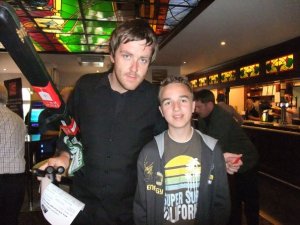 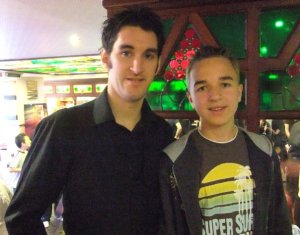 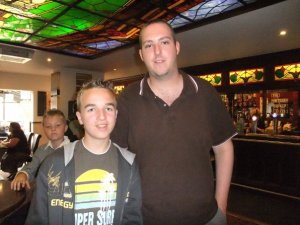 The third session of the day had Ken Doherty v Joe Swail on the main table. I watched the first two frames of this match in which Ken took a 2-0 lead (and went on to win 4-0) before wandering over to watch Ricky Walden v Jimmy Robertson. This turned out to be a great and very quick match which was 3-3 after just an hour. Jimmy had the best of the early part of the match going 2-1 up playing some good snooker. However Ricky took a 3-2 and looked like he was going to take the match 4-2 with a chance but missed on the colours and with them all on their spots Jimmy Robertson cleared up to take the match to a decider. Jimmy was in first in the decider but missed frame ball leaving Ricky to hold his nerve and clear to win the match 4-3.

During the break between the next two sessions I got pictures with Stephen Maguire, Craig Steadman and Peter Lines. 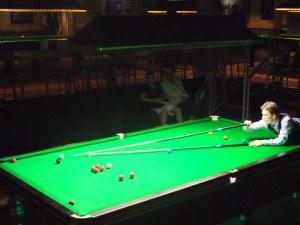 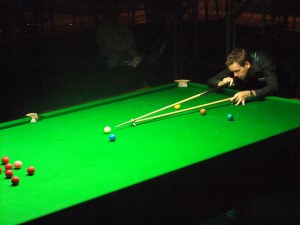 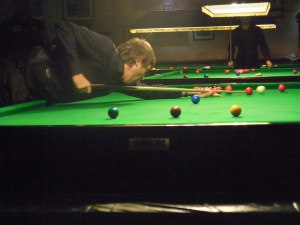 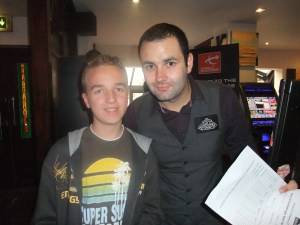 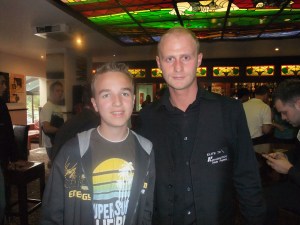 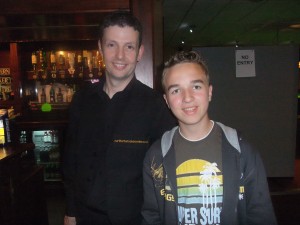 Ricky Walden v Ben Woollaston was on the main table for the last session of the day. We were down to the quarter final stage now and Ricky, who had looked great earlier in the day, played some poor snooker to lose 4-1 to Ben Woollaston. Ricky missed some easy balls including a blue off the spot to let Ben in to take his chances and win the match. We were having a chat with Jimmy Robertson as the Walden v Woollaston game came towards the end. He was a bit annoyed how poorly Ricky was playing after playing so well to beat him. In the end we had a good chat with Jimmy who seemed nice. 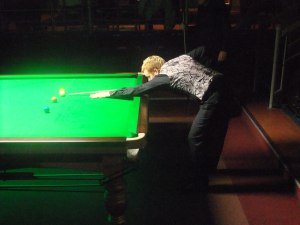 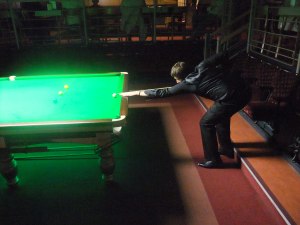