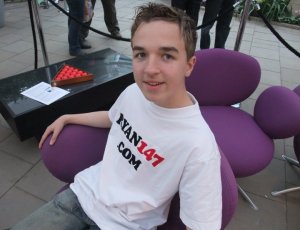 On Tuesday 20th April I was once again back at the Crucible for some more snooker.

When we arrived there were not that many people about because most were inside watching the afternoon session whcih was Ronnie/Wenbo and Robertson/O’Brien. Ad the Ronnie O’Sullivan match ended, Ronnie eventually winning 10-7 after leading overnight 7-2. I saw Joe Swail coming down the stairs so I grabbed a photo with him. Joe didn’t qualify for this year’s tournament as he lost 10-1 to Ken Doherty in the final qualifying round.

In the frame I watched Neil added to his lead by making a brilliant 106 break. Seeing this frame meant I continued my record of seeing a frame every day of the championship so far. 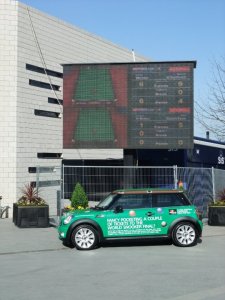 John Parrott and Ken Doherty with Rishi Persad in the studio

Me and Joe Swail

Fans wait for Ronnie at the stage door

In the BBC Studio

In the BBC studio