On Saturday 1st May I made my first ever visit to Accrington Stanley’s Crown Ground to see Chesterfield’s final away game of the season.

Accrington Stanley have always been one of my other favourite teams. The way the fans got the team back into the football league after the side went bust was incredible. 10 years ago to this game the side were playing Belper Town in the Unibond Division 1 and now they sit 13th in League 2.

For Chesterfield it was a must win game to have any realistic hope of getting into the play offs with just one more game to go after this one.

The first thing that struck me as the Chesterfield supporters coach pulled up at the Crown Ground was how small it was. The ground was tightly compacted between terraced houses and you could tell that it wasn’t long since the ground had been in the non-league.

After wandering around the outside we went through the turnstiles and took our place on the open terrace behind the goal. There were a few seats for away fans but as it was very warm and sunny at the start of the game, we decided to stand on the open terrace with the majority of the Chesterfield fans.

There was a very party atmosphere with the Chesterfield fans. Packing the away end, many had come in fancy dress and were singing and chanting to get behind the team.

Sadly though, the first half was quite poor with neither side doing very much. Accrington seem to have most of the chances and the Spireites didn’t seem to have much desire to do anything. It didn’t get any better for the away side in the second half either. Accrington’s Billy Kee broke through and scored right in front of the home fans to give them a 1-0 lead.

Chesterfield began throwing everything they could to try to get an equalizer, however Accrington hit on the counter attack and it was once again Billy Kee who scored to give the home side a 2-0 victory and all but destroy Chesterfield’s hopes of the play offs.

I had a great day at the Crown Ground, despite the result I was pleased to finally see a game there and visit another new ground.

One of the 8 supporters coaches brought by Chesterfield today 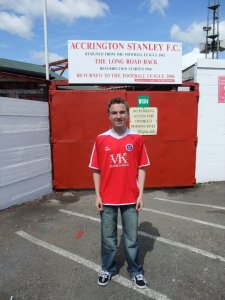 at the Crown Ground 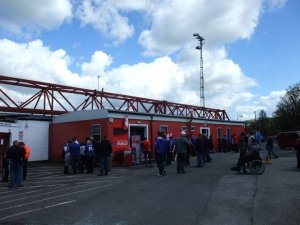 The new Accrington away shirts unveiled after the game 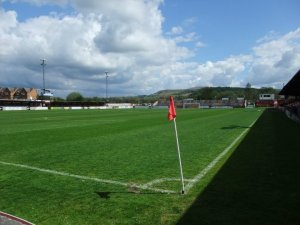 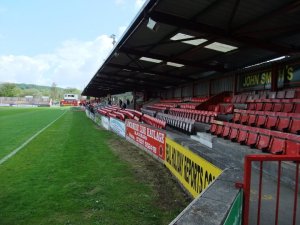 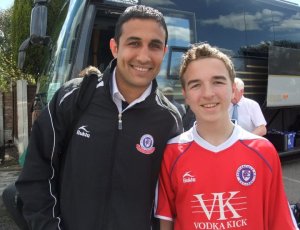 Jack Lester as he gets off the team coach 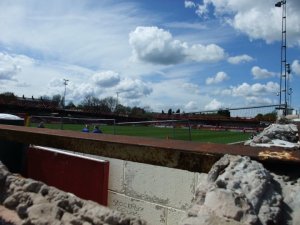 A view over the wall

The view from the away end

A few away fans in fancy dress 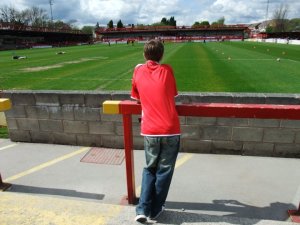 On the open terrace

The away end begins to fill up 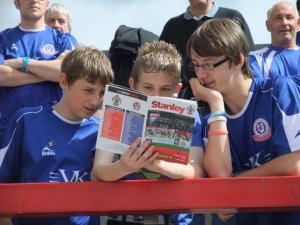 Some fans read the programme 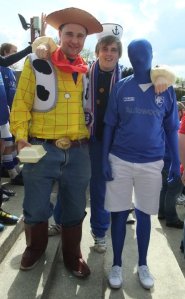 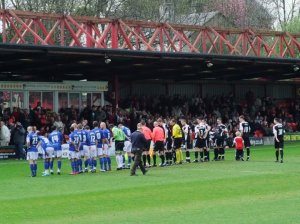 Back at Saltergate...though not for too much longer