On Tuesday 3rd August I made my yearly visit to the world’s oldest football club for the pre season friendly with Chesterfield.

Having been to the previous two friendlies between the two clubs, it seemed only right that we made the short journey to the Coach and Horses ground (or BT Local Business Stadium) once again this year.

Arriving 40 minutes before kick off, we wandered around, took some photos and chatted to a few people. The ground is always a nice place to watch football, despite not having the best ground in the non-league.

Chesterfield fielded mostly a reserve and youth side, with only Bowery, Boden and Gray having played in the first team before. It showed early on too as Sheffield’s Ashley Burbeary easily beat the defence and made it 1-0 to the home side. It nearly got worse as Sheffield won a penalty, but Shane Redmond managed to save it.

Burbeary got his and Sheffield’s second on 20 minutes to make it 2-0, and it was 3-0 when Greg Wright scored just before half time.

The Spireites came out and played a bit better in the second half. Jordan Bowery scored two cracking goals to make it 3-2, with the second being probably the goal of the game.

However it was too little too late when Brian Cusworth headed home to make it 4-2 and put the game out of sight.

Despite it being a friendly it was still a bit disappointing to lose the game, but it doesn’t really matter, what matters is what happens on Saturday against Barnet. 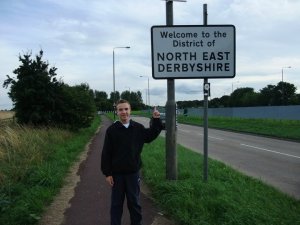 We head in to North Derbyshire to visit the home of Sheffield FC!

The gate outside the ground 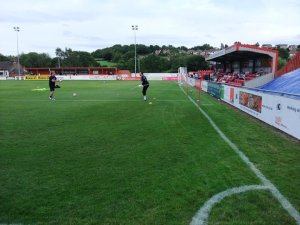 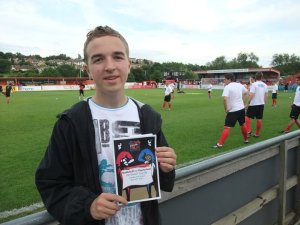 I hold up the programme for todays game 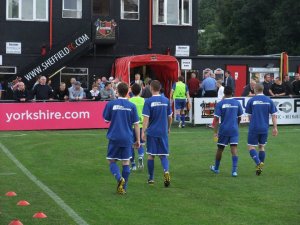 The teams finish their warm ups

I wait for the action to begin 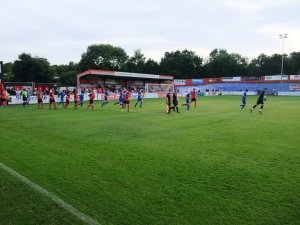 The teams enter the field

Jordan Bowery, who scored both of Chesterfield's goals 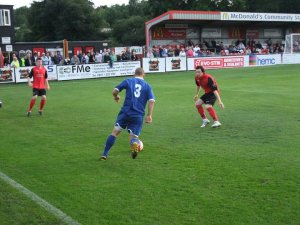 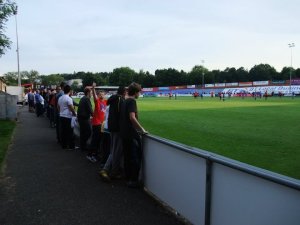 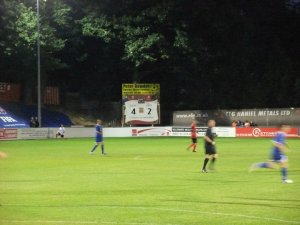