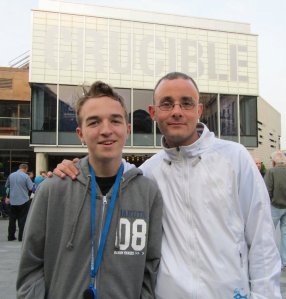 On Wednesday 20th April 2011 I was back at the Crucible Theatre for the World Championship. For the first ever time I would be in the Crucible for the morning, afternoon and evening sessions.

I arrived at the Crucible around 15 minutes before the 10am morning session, and so I went straight into the venue and took my seat for the Marco Fu v Martin Gould match. Fu had a 6-3 advantage coming into the session, but some incredible snooker from Gould saw him win 5 consecutive frames and lead 8-6. However, Fu then began to play much better and made a century in taking the next two frames to level the match at 8-8.

I have to admit that at 8-8, I did think that Marco Fu might pull away having won the last two frames, but Gould won frame 17 to retake the advantage. He then took frame 18 to complete a superb victory, finishing with an exhibition shot on the last red that must be shot of the tournament. Martin Gould now plays Judd Trump in round 2.

With this match coming to an end, I went to get a bite to eat and decided to watch the McLeod v Walden match on the big screen as it was such a lovely day. However, the match was anything but quick and with McLeod leading 9-6 the 16th frame seemed to take forever, going well over the 2:30 time that was supposed to the start time for the afternoon session. Time went by and a large and rather frustrated crowd gathered at the bottom of the steps trying to get up the stairs for the afternoon session, and there was a huge cheer by the big screen when Walden fluked the pink to cost himself the frame and the match. This meant that we could finally get up for the afternoon session which had to be put back by half an hour so they could get everyone from the morning session out and everyone that had tickets for the afternoon up, it was a bit of a nightmare!

Eventually I took my seat for the Graeme Dott v Mark King match and after a rather rushed set of entrances, the play finally began. Dott came into this session with a 6-3 lead, and he took the 10th frame to make that 7-3. Mark King then knocked in a magnificent 138 break, which set a new benchmark for the tournament’s highest break prize, to pull a frame back at 7-4. King won the next two before the interval to reduce the deficit to 7-6. The 2006 World Champion won the two frames after the interval to pull away at 9-6, and while King took the next to make it 9-7, Dott’s lead was too much and he took the match 10-7 in a rather entertaining session of snooker.

By this time my Dad had arrived from work and so we went to get some dinner, before going for a wander around between the afternoon and evening sessions. During this break we went and congratulated Martin Gould who was stood in Tudor Square, and also had a picture with Scottish professional Anthony McGill, who was here watching John Higgins in the afternoon.

We then went and took our row B seats for the Mark Selby v Jimmy Robertson, who was making his debut at the Crucible. Robertson was well supported from people in the crowd, and there were quite a few ‘Come on Jimmy!’ shouts which I never thought I would hear in the Crucible!

Jimmy took the first frame of the match and nearly took the second, but Selby took it to make it 1-1 and then took the next two frames before the interval too lead 3-1. Sadly, both players were playing poorly and showing signs of nerves, which meant it wasn’t the best match. Jimmy looked especially nervous, missing a few easy balls and against a player like Selby you cannot do that.

Selby eventually finished the session 8-1 ahead, but after the mid session interval I noticed that Matthew Stevens was leading Mark Allen 8-6 on the other table and I began watching that match the TV screen and then moving across to an empty seat so I could see the other table. Allen was sat slumped in his chair and it was a sad sight to see as he looked to be all but out of the tournament and the top 16 when Stevens made it 9-6 to go just one frame away. However, Allen pulled a century break out of nowhere to make it 9-7 and stole the next frame on the pink to make it 9-8. Stevens had plenty of chances to win the match, but Allen battled on to take the game to a decider.

By now the curtain had gone up with the other session coming to end, which created a great atmosphere inside the Crucible Theatre as the deciding frame began. Mark Allen’s daughter Lauren and former partner Reanne Evans went to the front row to watch the deciding frame, and I did wonder if this would inspire him or distract him. Both players had chances in the frame to win the match, Allen had the first chance, missing a red, only for Stevens to miss soon after. Both players were struggling under the pressure and missing easy balls, but Mark Allen eventually managed to make a match winning break, completing a remarkable comeback that I doubt anyone saw coming. He let out a huge roar and hugged his daughter when he crossed the winning line and you could really see how much it meant him.

This was a superb way to end a brilliant day, probably the best I will at the Crucible have this year, and I was really pleased for Mark who is a really nice guy and a brilliant player. 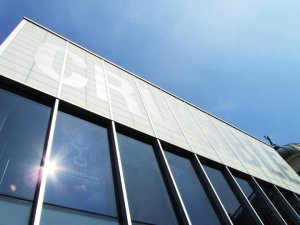 A beautiful day in Sheffield 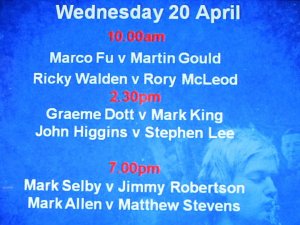 The view from row M 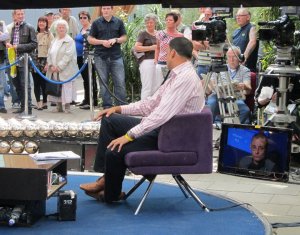 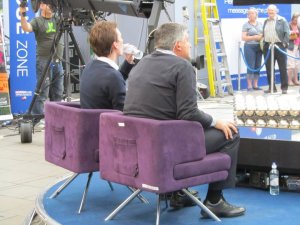 John Parrott and Ken Doherty in the studio 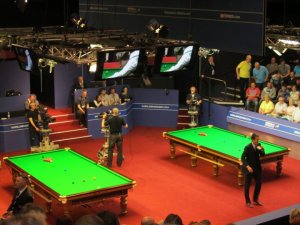 back in my seat ready for Dott v King 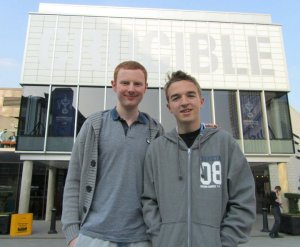 with Martin Gould after his great victory earlier in the day

Me and my Dad in our row B seats 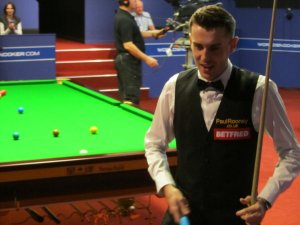 The Jester from Leicester

Mark Allen goes over to his daughter after a memorable victory 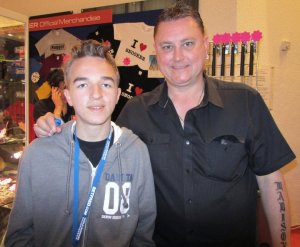 Time to go home after a long day of Snooker…