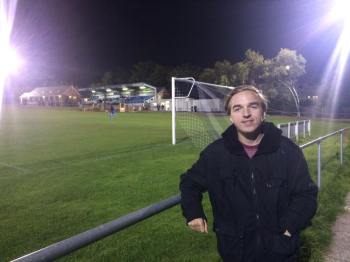 Michael Blythen’s double earned Hallam a draw in an action-packed and entertaining game with AFC Emley at Sandygate.

In-form Emley, who put ten goals past Winterton Rangers at the weekend, led twice through Sam Jerome and Alex Slack goals either side of half time.

But Blythen was the hero for the hosts and capitalised on a terrible defensive mix-up to salvage an important point late in the day.

Kicking downhill, it was Hallam who started on the front foot by forcing a duo of testing saves from goalkeeper Adam Lawlor in the evening’s early exchanges.

But Emley quickly hit back and began to take control of the game, Ashley Flynn doing well to hit the post from a tight angle after stealing the ball from the injured Simon Mirfin, who limped off the field shortly after.

The visitors have not been short of goals thus far and their 42nd in only their twelfth league outing of the season put them ahead – Jerome bundling home on the line despite David Darwint’s excellent, agile save from an original strike.

It was a fiery contest with some tough tackling all around and matters almost came to a head when a mass brawl ensued halfway through the first period, but the officials did well to quickly and efficiently calm everyone down without major incident, or even a single booking!

However, the hard-fought nature of this non-league battle was taking it’s toll on the home side, who saw both Mirfin and Micah Bishop limp off the pitch before half time – something that will certainly worry manager Ryan Hindley.

A quiet opening to the second half was suddenly brought to life by a Hallam leveller six minutes after the hour. Top scorer Blythen found the net for the 11th time this season in style, cutting past a couple of defenders before confidently lifting the ball over the on-rushing Lawlor.

Yet the celebrations were short-lived for the hosts as Emley found an immediate response, waiting just four minutes before regaining their advantage as Slack smashed a first time volley into the bottom corner.

From here, the West Yorkshire club were looking to put the game to bed and must have been cursing their luck when the woodwork denied them for a third time when Flynn’s powerful first time strike smashed off the left-hand post and to safety.

A moment of madness then cost the visitors victory as their hard-work evaporated in an instant. Manager Darren Hepworth, a noticeably vocal presence all evening, could only look on in disbelief as Blythen took advantage of a defensive mix-up between Jerome and Lawlor to steal possession and poke into the empty net, earning cheers from the majority of the 108 in attendance.

A frantic final few moments saw both sides push for a winner. Scott Preece fired a late free kick just wide for Hallam, whilst Flynn’s curling strike was smashed off the crossbar – a remarkable fourth and final time that Emley were denied by the woodwork this evening.

In the end however, an enthralling and entertaining game ended level, leaving the sides placed 4th and 7th respectively, and the spoils were shared by two teams who will no doubt be near the top of the league table by May.

Hallam now look ahead to FA Vase action at the weekend, where they host Harworth Colliery Institute, while AFC Emley meet Congleton Town in the same competition. 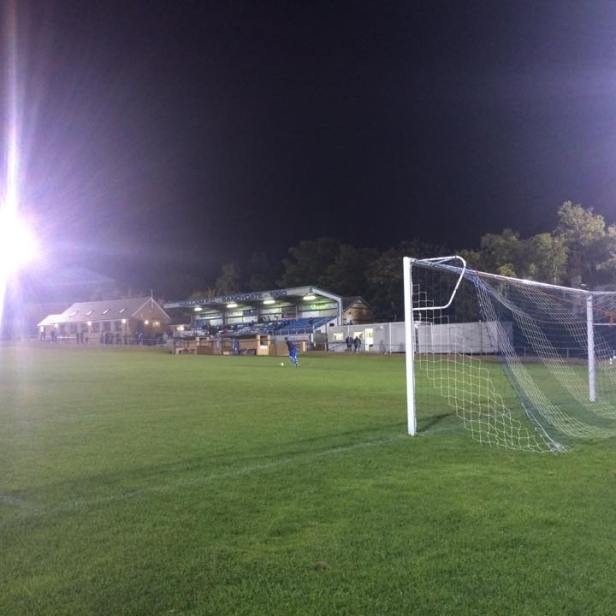 Sandygate, the oldest football ground in the world

Emley take a first half lead 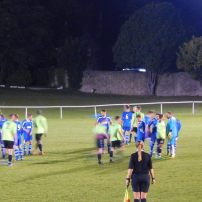 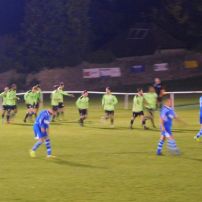