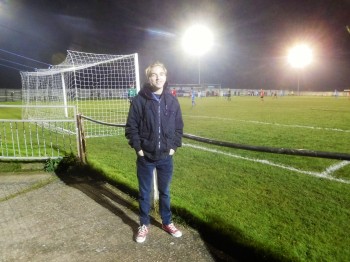 Tom Roebuck’s brace gave Hallam a 2-0 victory at Teversal as the world’s second oldest football club made it four straight victories to continue their promotion push in the Northern Counties East League Division 1.

This week’s non-league travels took us to  Sutton-in-Ashfield as we made our first ever visit to the Teversal Grange Sports & Social Centre to watch Teversal host high-flying Hallam.

With roots as club going back to 1918, the ‘Tevie Boys’ have been members of the NCEL since the 2006/07 season – although never reaching the Premier Division (step 9), finishing 14th in the lower tier last season.

This campaign had got off to a difficult start for today’s hosts and they sat near the lower reaches of the table heading into a meeting with a Hallam side who had lost just once in 14 outings in all competitions.

The game itself was a fairly entertaining affair, watched by 65 supporters located everywhere from the clubhouse, to the all-seater main stand and even under a pair of Tesco trolley parks located behind one of the goals!

Two goals in five first half minutes from Hallam’s Tom Roebuck, who brought his tally for the season to seven, were enough to give the away side victory – Ryan Hindley’s men remaining second in the league table as a result of yet another impressive victory. 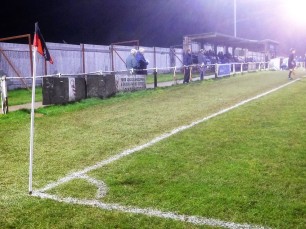 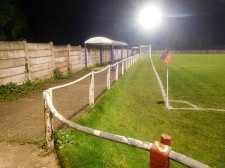 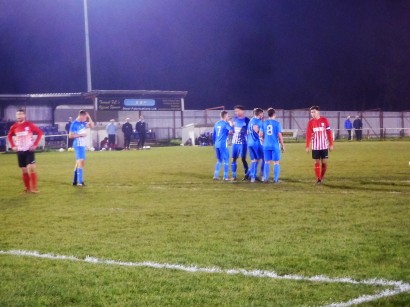