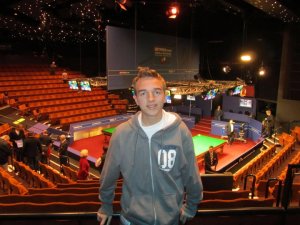 On Tuesday 26th April I was once again at the Crucible Theatre, this time watching the Quarter Final between Mark Williams and Mark Allen.

I also went down to the Crucible on Thursday 28th April, and this report includes pictures from both days.

After wandering around for a while and chatting to a few people we know, including Michelle, Rachael, Helen, Martin Gould and Lars from Denmark, we headed into the Crucible to take our row A seats for the quarter final between Mark Williams and Mark Allen.

Rather than sitting at the top of the table where we have been sat for the whole tournament, today we were sat on the side of the table. I have only sat on row A down the side once before and I was amazed at how much closer you are the table. I think this has to be the best view you can have at The Crucible.

This was the second of three sessions in this match, and Williams came into it the session leading 5-3. Williams took the 9th frame with a break of 80, and after sharing the next two frames, he took frame 12 with another break of 80 to lead 8-4 going into the interval.

Just after the interval, over on the other table, Graeme Dott was getting well beaten by Judd Trump. However, in the 13th frame of the match with Dott trailing 11-3, I glanced over at the scoreboard and noticed that Dott was on a good break. At first I wasn’t too sure if he was on a 147 as I couldn’t see the table but as the break kept going upwards I began to realise that he was on the magical maximum. Play stopped on the table I was watching, and there was a real sense of excitement in the venue. I was watching what I could of the break from the reflection on the commentary box, before it was put on the TV screens for us all to see. After potting 15 reds and 15 blacks, Dott missed a tricky yellow to end the break at 120. There was a large sigh from the audience before applause for Graeme’s effort. I was a little disappointed that he missed as even though it was on the other table it would still have been nice to be in the arena when a maximum was made. Oh well, maybe next time !

Back to the match I was watching, Allen managed to win a scrappy frame to pull one back at 8-5, before losing the next to fall 9-5 behind. The two-time World Champion Williams then hit back to back centuries, 104 and 113, to take a large 6 frame lead into the final session at 11-5.

After the game we stayed in the Crucible bar with Kellie and Chris (aka The Statman) until we were the last fans left in the Crucible, before heading off home!
On Thursday we returned to the Crucible for a wander  and met with a few people we know, Claudia and Roby from Italy, Matt from Pro Snooker Blog and the Hairbear!

Michelle, me and Rachael

Me and my Dad with Danish Snooker fan Lars 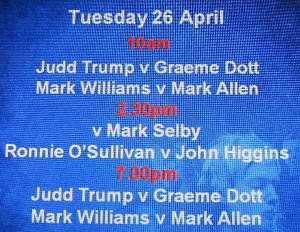 Todays Schedule (Selby gets the table to himself!) 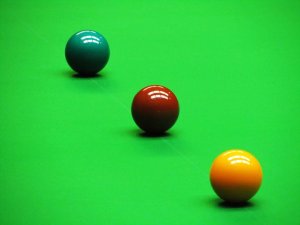 The Baulk Colours (taken from our seat!) 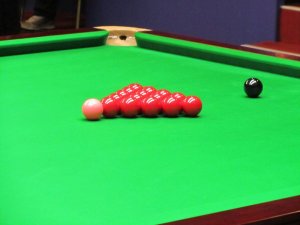 The business end of the table

Stood by the table 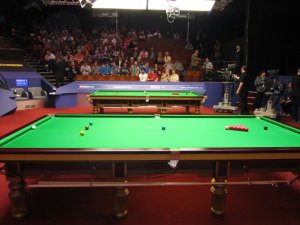 Our view, could've been worse! 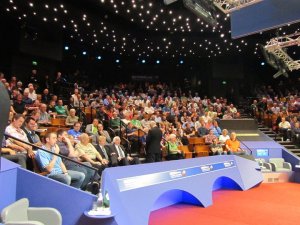 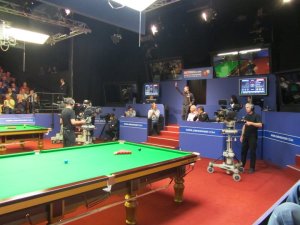 Tudor Square at the interval

The Winter Gardens at night

The Theatre of Dreams

Last to be kicked out! Kellie, Statman, my Dad and me

In the Crucible bar

with Roby and Claudia - Italy's only Snooker fans! 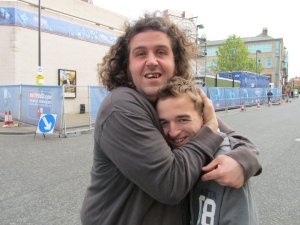